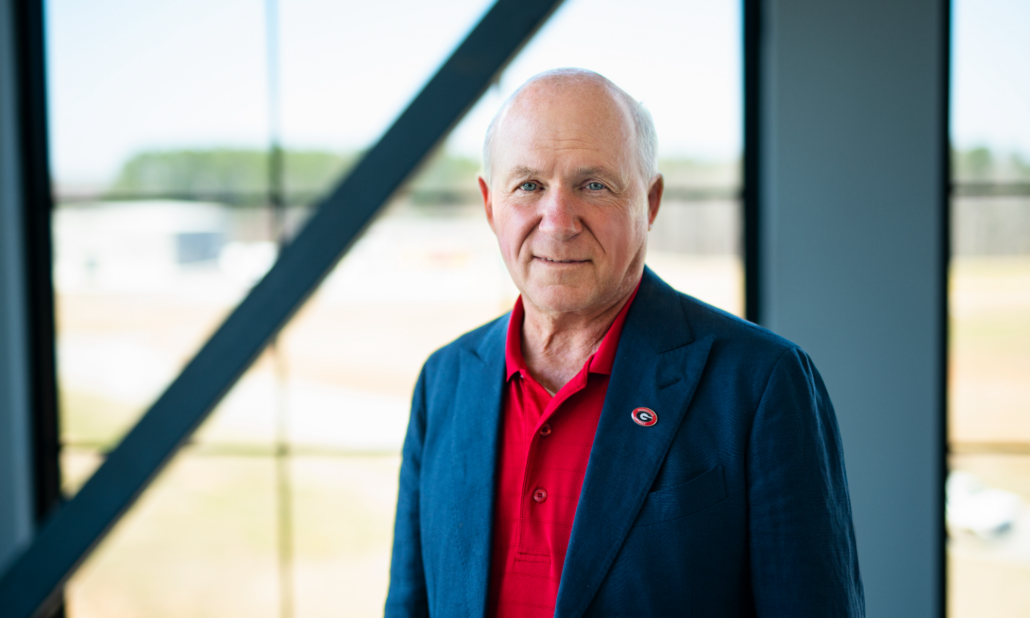 Dan T. Cathy is chairman of Chick-fil-A Inc., an Atlanta-based fast-food chicken restaurant chain known as a leader in customer service and the home of the Original Chick-fil-A® Chicken Sandwich. He was previously the company’s chief executive officer, serving as CEO from 2013 until November 1, 2021, when his son Andrew T. Cathy became the third CEO in Chick-fil-A history.

The son of Chick-fil-A Founder S. Truett Cathy, Dan continues to build on his late father’s legacy as chairman, helping guide the business and supporting Chick-fil-A’s executive leaders. Dan is also involved in leadership development and the onboarding of new franchise operators and employees. And he serves as a passionate brand ambassador in Chick-fil-A’s hometown of Atlanta and other markets.

Dan’s Chick-fil-A career began early. As a boy, he sang for customers and performed in radio ads for the chain’s original “Dwarf House” restaurant in Hapeville, Georgia. Before becoming CEO in 2013, Dan was president and chief operating officer for 12 years. His earlier roles include senior director of operations, vice president of operations and executive vice president.

Active in the Atlanta community, Dan is eager to serve his hometown by bringing people together and fostering new opportunities for those in tough circumstances. He is working to improve Atlanta’s Westside in partnership with other business leaders, nonprofits, charities and government agencies. A past chairman of The Carter Center’s board of councilors, Dan serves on the boards of the Georgia Aquarium, the Metro Atlanta Chamber, the Atlanta Committee for Progress, Eagle Ranch and Heritage Preparatory School.

A musician known to play his trumpet at restaurant openings and the Chick-fil-A Support Center, Dan also enjoys gardening and landscaping. A lifelong athlete, he has completed multiple marathons and recently took up cycling on his Chick-fil-A branded bike. In addition, he enjoys flying small planes and hitting the road on his motorcycle as a member of the “Moo Cow Bikers.”

A recipient of the Zig Ziglar Servant Leadership Award, Dan has been honored in Atlanta by the Urban League and the Council for Quality Growth. In 2022, he will become a Georgia Trustee, receiving the state’s highest honor as a model of selfless leadership. Dan holds a bachelor’s degree in business from Georgia Southern University and honorary degrees from Pepperdine University, the University of West Georgia, the HBCA Entrepreneur Summit, Anderson College and Carver Bible College.

Dan and his wife Rhonda have six grandchildren and two sons, both of whom work in the family business. Andrew, as noted previously, is CEO of Chick-fil-A, and Ross serves as vice president of DTC Enterprises.