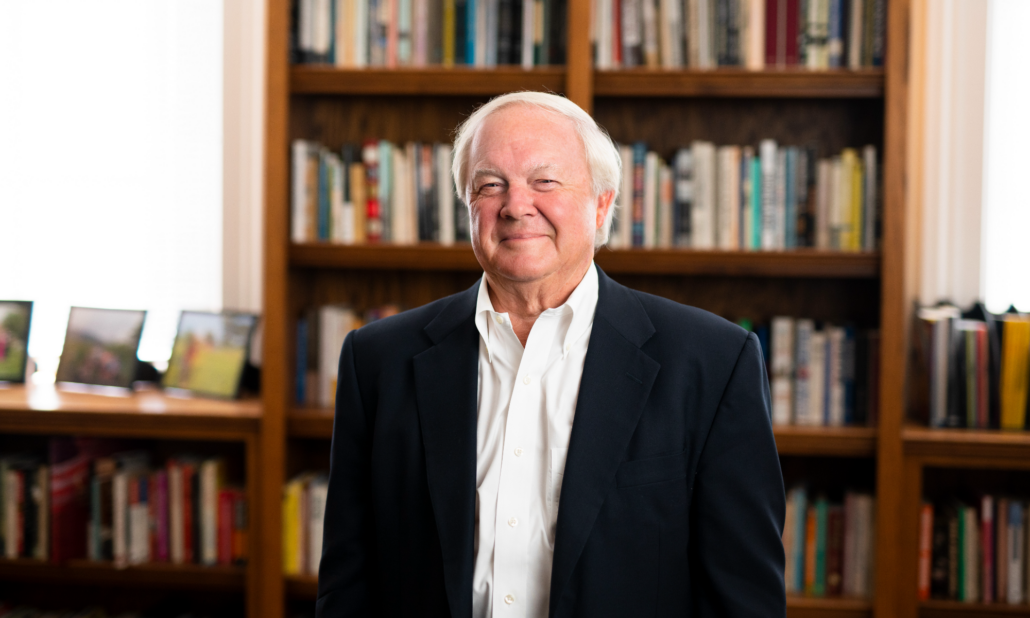 Bill Griffin is the executive chairman of ServiceMac, the nation’s fastest-growing subservicing company providing mortgage servicing support to lenders and investors across the country.

He co-founded the company and recently helped its sale to First American Financial, a Fortune 500 financial services firm.

Griffin serves on the Board of Directors and the Audit Committee for New Fortress Energy (NFE), a publicly-traded company providing alternative energy solutions to countries around the world. These alternative solutions include liquefied natural gas, hydrogen and other cost-efficient, environmentally friendly alternatives to traditional diesel products.

Griffin joined the Aruna Bio board in 2013 and has been chairman since 2016. The Athens-based biotech company, under the leadership of world-renowned UGA scientist Steve Stice, is a leader in the development of neural exosome-based therapeutics for the treatment of neurodegenerative diseases.

Griffin started his career in mortgage finance in 1972 with C&S National Bank in Atlanta. He joined Ticor Mortgage Insurance in 1975, where he was executive vice president of operations and served on the company’s board of directors from 1981 to 1983. He also founded and was president of Ticor Securities Company. Griffin later co-founded and was a partner with the Stratmor Group, a privately-held consulting and investment banking firm serving the mortgage finance industry.

Griffin serves as chairman of the board of the Fownes Foundation, a non-profit organization supporting the restoration and preservation of national historic golf sites. He also serves on the board of Pittsburgh History and Landmarks. He served on the board of governors of Oakmont Country Club (2003-2011) and as Club President (2004-2010) when Oakmont hosted the 2007 U.S. Open Championship and the 2010 U.S. Women’s Open Championship.

Griffin earned a bachelor’s degree in business administration from UGA in 1972. He continues to be active at UGA. He has served on the Terry College Advisory Council for the past 20 years and chaired the council from 2010 to 2011. He served on the Building Terry Campaign Cabinet, which raised more than $125 million in private funding for new facilities. He received the Distinguished Alumni Award from Terry College in 2007.

Griffin also received the Distinguished American Award from the UGA Chapter of the National Football Foundation in 2017. He was also awarded the Circle of Distinction from UGA Athletic Association in 2019.

He served on the UGA Foundation Board of Trustees from 2007 to 2017, and now chairs a group that focuses on maintaining strong relationships between emeritus trustees and the university. Griffin led the fundraising group that raised $11.5 million to name the indoor athletic facility for legendary alumni Billy Payne and his father, Porter. He also chaired a fundraising effort to celebrate and recognize the lifetime achievements of the legendary Bulldog couple, Loran  Smith (ABJ ’62) and his wife and Myrna (BSED ’62, MED ’64). The entrance to the indoor athletic facility is named in their honor. He recently co-chaired the fundraising campaign to name the Honors College for UGA President, Jere W. Morehead (JD ’80). Griffin and his wife, Lynn, endowed two scholarships for students in the Honors College.

Bill and Lynn have three children and five grandchildren.

“In the times I’ve spoken with Mr. Griffin, it definitely got my spirits up. I want to help this school succeed. I want to help its students succeed. Georgia has done so much, and I want to see it do so much more. It just makes me even prouder to be a Bulldog.”