John Hardy “Johnny” Isakson (BBA ’66) is the 2020 Alumni Merit Award recipient. This award is the Alumni Association’s oldest and highest honor and is given to those who bring recognition and honor back to the University of Georgia through outstanding leadership and service.

Sen. Isakson is a decorated public servant who has served in the Georgia General Assembly, U.S. House of Representatives and U.S. Senate. He retired from his third term as a senator in December 2019.

Sen. Isakson was born December 28, 1944, in Atlanta. After graduating from the University of Georgia in 1966, he served for six years in the Georgia Air National Guard where he attained the rank of staff sergeant. In 1967, Isakson began working for a real estate company, serving as president from 1979 to 1999.

In 1976, Isakson was elected to the Georgia House of Representatives, where he served seven terms and became the Republican minority leader from 1983 to 1990. From 1993 to 1996, Johnny served in the Georgia State Senate. Governor Zell Miller appointed Isakson chair of the Georgia Board of Education in 1996 and he served in that capacity until his election to the U.S. House of Representatives in 1999. In 2004, Isakson won a statewide election to the U.S. Senate and took office the following year.

In Congress, Isakson fought especially hard on behalf of veterans. He chaired the Committee on Veterans’ Affairs from 2015 until 2019 and helped pass legislation to improve the management of VA hospitals. He also worked to boost Georgia’s role in international trade.

Isakson specifically supported issues important to UGA. He championed a bill that included $14 million in grant funding which continued support for an agricultural partnership between UGA and the U.S. Agency of International Development. Johnny also supported UGA’s stem cell research partnership with the U.S. Naval Research Laboratory to improve solutions for those with degenerative diseases and debilitating injuries, including veterans of the Global War on Terror.

As an incredible friend and alumnus of UGA, Johnny returned to deliver the spring commencement address in 2014. He also delivered the UGA School of Public and International Affairs’ 2010 Getzen Lecture on ­Government Accountability.

In April 2020, the Board of Regents of the University System of Georgia approved the establishment of the John H. “Johnny” Isakson Chair for Parkinson’s Research. The chair honors the former U.S. senator by emphasizing research that analyzes and develops treatments for Parkinson’s Disease.

Johnny and his wife Diane married in 1968 and the couple has three children—all of whom attended UGA. 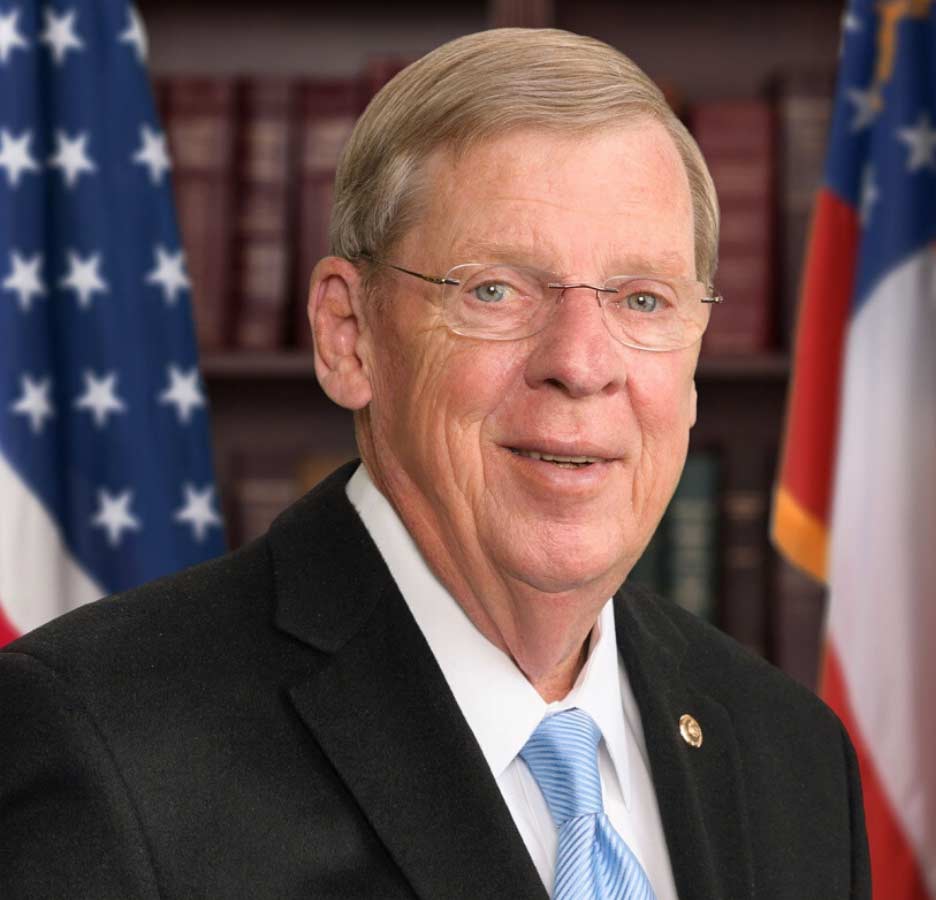 Thank the Honorable Johnny Isakson for his commitment to the University of Georgia. Share how his commitment has made a lasting impact on your UGA experience.

“His impact is going to last far beyond the time that he served in Washington, D.C., because I would imagine two or three generations of graduates are going to look to his example.”