The Dr. Hamilton E. Holmes family are the 2020 recipients of the Family of the Year Award, which is presented to a family that demonstrates loyalty to UGA.

In the fall of 1963, Holmes became the first African American student admitted to the Emory University School of Medicine. After starting a residency at Detroit General Hospital and serving in the military, he returned to Emory to complete his residency. Holmes worked as chief of orthopedics at the Veterans Administration hospital in Atlanta, opened a private practice and became medical director and eventually head of orthopedic surgery at Grady Memorial Hospital.

Holmes passed away at his home in Atlanta on Oct. 26, 1995. He was survived by his wife, Marilyn, son Hamilton Holmes Jr. (BBA ’90) and daughter Alison Holmes Johnson. The Holmes family has continued Holmes Sr.’s legacy of opening doors and making campus more inclusive through their great support of UGA over the years.

Marilyn, a native of Detroit, Michigan, is a graduate of Wayne State University. She currently lives in Atlanta. After a 16 year career in teaching, Marilyn retired in 2003. Since then, she has volunteered as a reading tutor in Atlanta Public Schools and Quality Living Services Senior Center. She is a former member of the board of the Atlanta History Center and past Chair of the Board of Advisors of the Atlanta Speech School.

She is an active member of her local chapter of Alpha Kappa Alpha Sorority, and is an alumna member of The Links, Incorporated.

Marilyn has contributed to the 1961 Club and the Hamilton E. Holmes Professorship and has supported the School of Social Work and Franklin College.  She always looks forward to visiting campus for the annual Holmes-Hunter Lecture, named for her late husband and Charlayne Hunter-Gault, the first female African American student to attend UGA.

Hamilton Holmes Jr. earned a BBA in marketing from the Terry College of Business in 1990. He later earned an MBA in marketing from Mercer University in 2000. He currently serves as the business development director for Pieper O’Brien Herr Architects in Alpharetta. In this role, he builds partnerships with individuals, companies and various entities who have a need for architectural design services. The firm’s focus areas include Government, Education, Office, Multifamily Residential, Retail-Mixed Use, Healthcare, Industrial, Automotive, Worship, Cultural and Mission Critical. He is also president and CEO of the Alfred Tup Holmes Legacy Foundation and board member of the STARBASE Foundation. Hamilton Jr. and his wife Gail  (BBA ’92)  are supporters of UGA’s 1961 Club, a special group of donors named for the year of desegregation at UGA, who share a passion for ensuring undergraduate student success.

Alison Holmes Johnson graduated from the McIntire School of Commerce of the University of Virginia. In 2013, Alison joined Coca-Cola Bottlers’ Sales and Services Company, where she is currently a senior manager responsible for developing relationships with clients and coordinating projects between bottlers and suppliers in North America. Alison has supported numerous community-focused organizations, including serving on the board of The Piedmont Park Conservancy.  She served as treasurer of the Azalea City Chapter of The Links, Incorporated, for four terms and is a member of the Atlanta Chapter of Jack and Jill of America. Alison has supported UGA’s CURO programs as well as the Hamilton E. Holmes professorship, created in honor of her father. 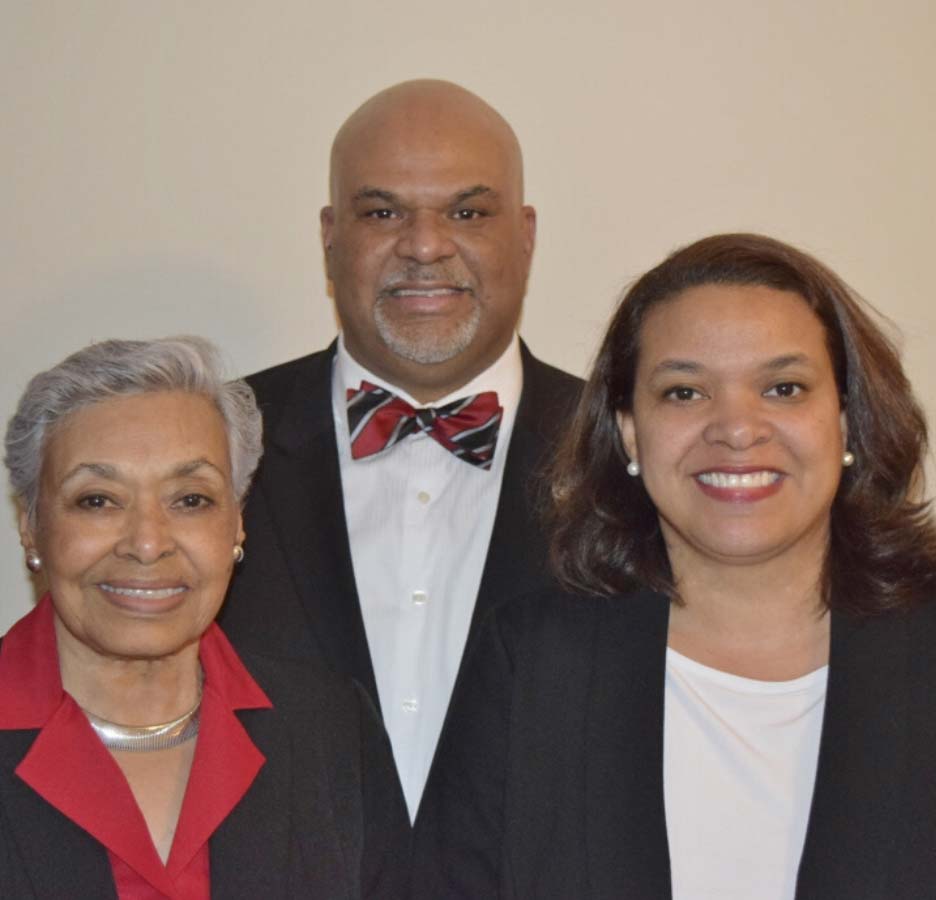 “The Holmes family legacy at the University of Georgia is one of generosity and courage. The entire Holmes family has been incredible in their relationship to the university.”
– Michelle Cook, Vice Provost for Diversity and Inclusion and Strategic University Initiatives at UGA