The Young Alumni Award recipient is Christina Swoope Carrere. This award is given to those who attended UGA in the past 10 years, have embodied the Pillars of the Arch—wisdom, justice and moderation–and provided notable service to the university.

Christina Swoope Carrere (BS ’11) is a health policy expert whose work focuses on the Medicare program and the roughly 60 million Americans it serves. As a Senior Medicare Program Examiner serving under multiple White House Administrations in the Office of Management and Budget (OMB), Christina informs administration views on a broad range of complex and sensitive policy areas such as Medicare eligibility and prescription drugs. Most notably, Christina led the development of a Medicare prescription drug reform package, included in the President’s budget, that produced nearly $90 billion in savings to the Medicare trust funds, reduced drug prices, and modernized the Medicare Part D drug benefit—improving access to drugs for over 45 million Americans. Christina was also instrumental in Administration efforts to address the opioid epidemic and was recognized for her pivotal role in developing a balanced, whole-of-government policy to reduce both the supply and demand of addictive opioids.

Christina is a 2011 graduate from the University of Georgia’s Franklin College of Arts and Sciences where she earned a bachelor’s degree in Microbiology. Initially bound for pharmacy or medical school, she discovered her true passion for public service through her involvement with the UGA Redcoat Marching Band. After marching in the alto saxophone section her freshman year, Christina was selected to serve in one of the band’s prestigious leadership roles as a Drum Major and made history as the first African American female to do so in the band’s then 107 years of existence. While an unlikely place to think about policy, it was her experience leading this organization, lauded as the “heartbeat of the Bulldog Nation”, that unveiled her desire to pursue a career in policy that would similarly allow her to positively impact millions of people at a time.

Upon graduation, Christina was selected as a 2011 Barbara Jordan Health Policy Scholar and accepted the invitation to contribute her aptitude for health policy analysis, with a focus on issues affecting underserved populations, to the Office of U.S. Senator Olympia Snowe. She then went on to earn a Master of Science in Public Health from the Johns Hopkins Bloomberg School of Public Health and began her health policy career as a Policy Analyst at the Henry J. Kaiser Family Foundation. While at the Foundation, Christina worked to simplify complex policy ideas and improve knowledge and awareness of significant issues facing the Medicare program to beneficiaries, advocates, policy officials, and the health policy community broadly.

In addition to her professional achievements, Christina continues to stay engaged with the UGA community through her work as President of the Redcoat Band Alumni Association (RBAA) Board of Directors and Chairwoman and founder of the RBAA Young Alumni Council. Through these roles she has built bridges connecting current students and alumni, exponentially increased young alumni engagement and donations, and created programming to connect hundreds of current UGA students with resources through alumni-facilitated career readiness workshops. Beyond the Redcoats, Christina remains committed to student mentorship and sponsorship and has regularly returned to campus as a keynote speaker and was a featured alumna in the Student Alumni Council’s Advice from the Big Dawgs program. In recognition of her continued commitment to the University and professional achievements, in 2016 Christina received the honor of being named to UGA’s Top 40 Under 40. 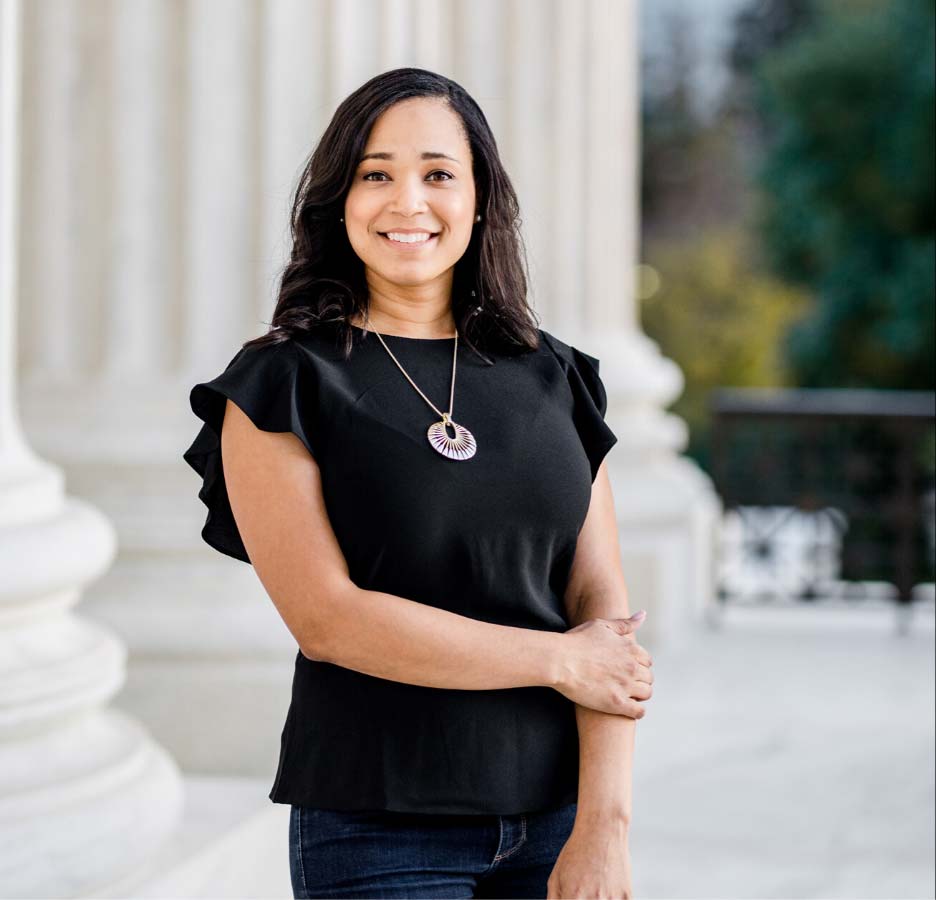 Thank Christina Swoope Carrere for her commitment to the University of Georgia. Share how her commitment has made a lasting impact on your UGA experience.

“Christina is one of those rare students who has made a positive impact upon not only Georgia but also the entire nation.”
– Mary Frances Early (MMEd ’62) First African American Graduate at UGA