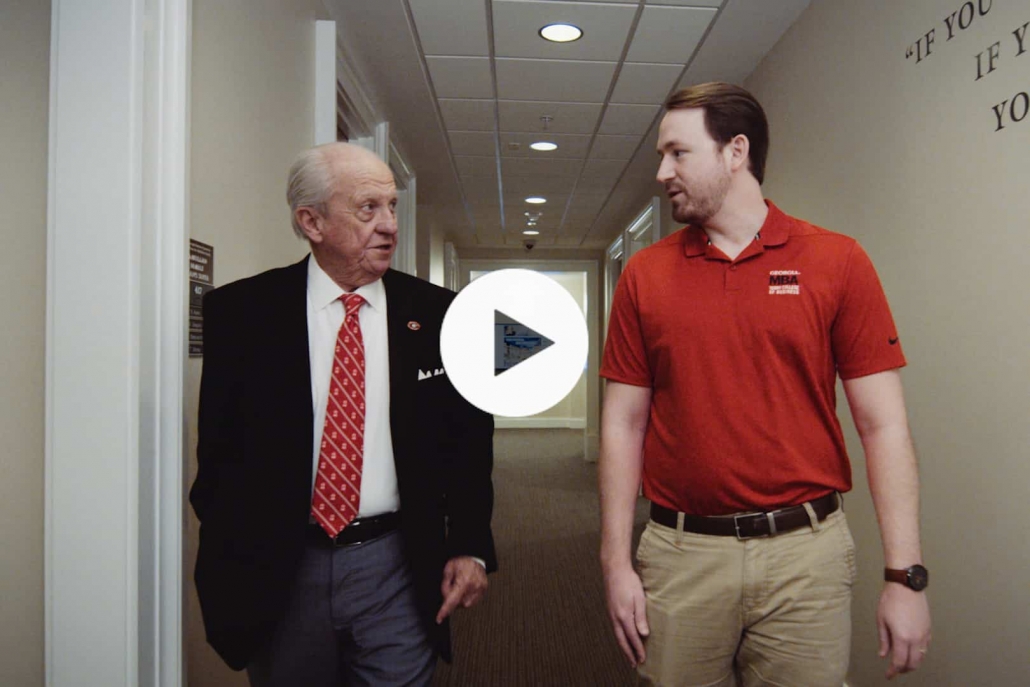 Brunswick native A. D. “Pete” Correll had a lifelong career in the pulp and paper industry and is the former chairman emeritus of Georgia-Pacific Corp., the company he served as president, CEO and chairman for thirteen years. Correll currently serves on the boards of the Georgia Aquarium, University of Georgia Foundation and as chair of the board of the Grady Health Foundation.

In 2018, the Corrells committed a principle gift to endow a need-based scholarship program at the University of Georgia. The couple are the honorary chairs of the university’s Commit to Georgia Campaign. The Correll family’s gift will establish the Correll Scholars Program, a collegiate experience for students who demonstrate significant financial need.

Correll Hall, the first building built as part of the Terry College’s new Business Learning Community, was named in honor of the couple’s previous financial contributions. Correll’s involvement with Grady Memorial Hospital began in 2007 when he agreed to lead an effort to save the then-failing hospital. Drawing upon his relationships with Atlanta’s business and philanthropic communities, he formed and co-led the Saving Grady Task Force and helped raise $325 million that has since been invested in new facilities and services including the Correll Cardiac Center. He also served for eight years as the inaugural chair of the new board of directors formed after the health system’s governance was restructured into the non-profit Grady Memorial Health Corporation.

Correll and his wife, Ada Lee, continue to make a significant impact on organizations throughout the state including the University of Georgia, Emory University, the College of Coastal Georgia and the Teen Center of the Boys and Girls Club of Southeast Georgia, which was named in honor of his late mother, Elizabeth F. Correll. When Ebenezer Baptist Church, where Martin Luther King Jr. preached before his death, needed funding for restoration, Correll again reached out to the business community and quickly raised the funds needed to ensure the future of the historic site.

Pete and Ada Lee Correll have two children and five grandchildren, all of whom reside in Atlanta.

“Pete is such a great example of a servant leader. He is a hard-worker, compassionate, humble, has a great sense of humor, and has had such a tremendous impact on the University of Georgia and the state of Georgia. We are so proud that the first building in the Business Learning Community bears his name.”