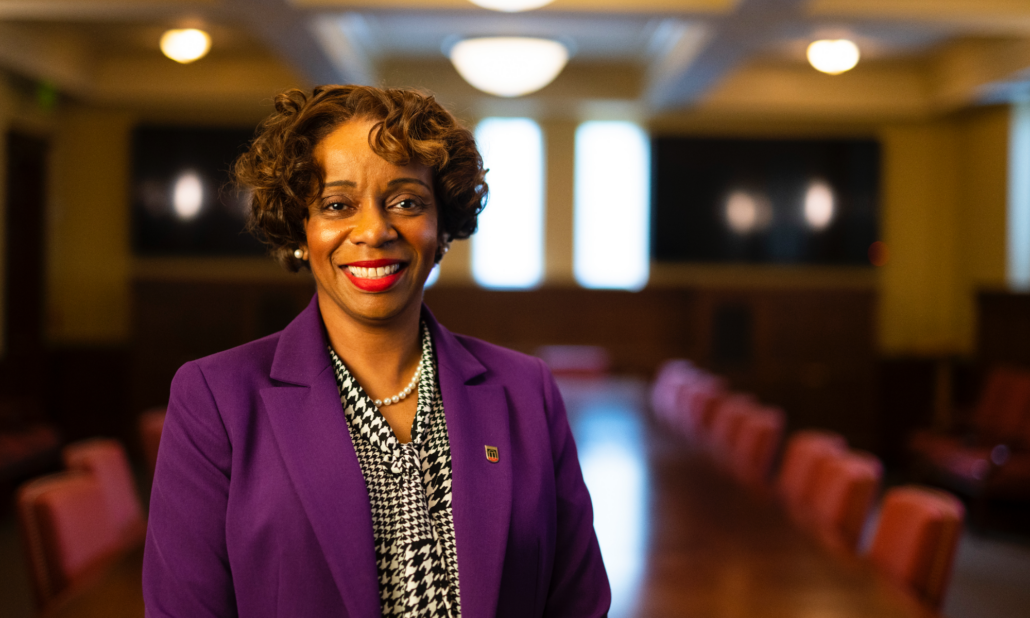 Her loyalty to UGA and dedication to its mission is unmatched. At UGA she leads efforts as the co-chair of the Diversity and Inclusive Excellence Planning Committee. Before she was named associate vice provost in 2017, she served as associate provost for six years with a record of success in leading campus-wide programs and garnering external funding to advance institutional priorities.

She plays a vital role in elevating the recruitment, retention and success of underrepresented and underserved students, faculty and staff on campus. With oversight of the Office of Institutional Diversity, Cook developed a Certificate in Diversity and Inclusion for UGA faculty and staff in 2012. To date, over 3,000 employees have participated in this program.

Cook co-facilitated the development of the university’s 2025 Strategic Plan and works with academic and administrative units across campus to support institutional initiatives such as textbook affordability, the new approaches to promote diversity and inclusion grants program, broadening participation in STEM, faculty recruitment and retention, and female leadership development.

As the chair of the university’s Diversity Advisory Council, she coordinated efforts that have resulted in UGA receiving the INSIGHT Into Diversity Higher Education Excellence in Diversity (HEED) Award for eight consecutive years.

In 2005, she became the co-principal investigator on the National Science Foundation-funded Peach State Louis Stokes Alliance for Minority Participation program, which has helped quadruple the number of degrees conferred to underrepresented minorities in STEM fields at UGA. She was also co-principal investigator for the National Science Foundation-funded Bridge to the Doctorate grant, providing funding for underrepresented students in STEM at the graduate level. Cook also serves as principal investigator for the African American Male Initiative grant funded by the University System of Georgia.

Prior to being named associate provost in 2011, Cook served as an associate dean in the Franklin College of Arts and Sciences where she oversaw the college’s student academic affairs, Office of Academic Advising and Graduation Certification Office. She also launched the Office for Transfer Academic Success.

She is an affiliate faculty member in the Institute for African American Studies and the Institute for Women’s Studies. She also is a member of the Foot Soldiers Project faculty. Cook was the inaugural dean of the Franklin Residential College, where she served for three years. In 2008, she was the faculty-in-residence at the UGA at Oxford program in England. In 2018, she was awarded the Blue Key National Honor Society Service Award by the UGA chapter for her service to the university and the state. Cook was the Fall 2021 Graduate Commencement speaker.

Cook serves on the board of the Jeannette Rankin Foundation and the Athens Homeless Shelter. She is a member of Jack & Jill of America, Incorporated, and Alpha Kappa Alpha Sorority, Incorporated. She lives in Snellville, Georgia with her husband, Kevin, and their daughters, Katie (age 13) and Chloe (age eight).

“The care and commitment she has for the university and what it stands for and what her impact could be, sometimes I am just amazed.”
– Yvette K. Daniels (AB ’86, JD ’89) President, UGA Alumni Association Board of Directors