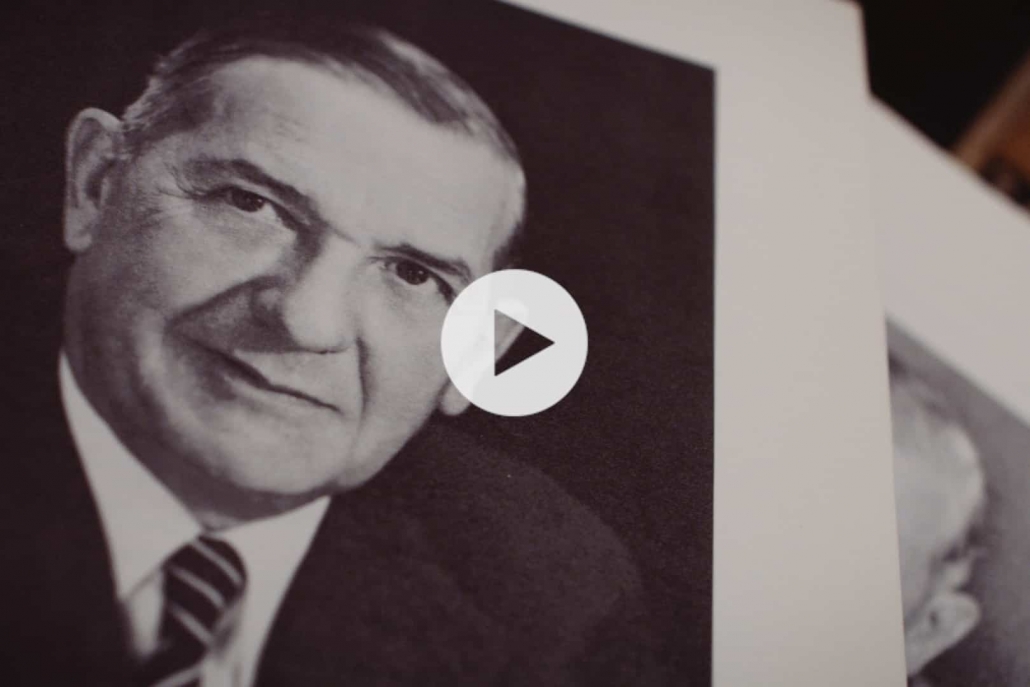 More than 100 years of Spalding family service to UGA began when Hughes Spalding graduated from the UGA School of Law in 1910. He married Athens native Bolling Phinizy, granddaughter of Ferdinand Phinizy, who had graduated from UGA in 1838. Hughes Spalding went on to become a prominent Atlanta lawyer, but he was also known as a great Bulldog and a champion of public higher education in Georgia. He was two-time president of his law class; in 1928, he chaired the committee to build the first law school building – Harold Hirsch Hall. He twice served as chair of the Board of Regents for the University System of Georgia; he was a founding member of the University of Georgia Foundation in 1937; and he was president of the UGA Alumni Society. Hughes was featured on the cover of the June 1955 edition of Georgia Alumni Record.

UGA was also well-served by the second generation of Spaldings. All three of Hughes’ sons graduated from UGA and all served as trustees on the University of Georgia Foundation. Jack Johnson Spalding graduated from UGA in 1936, and later became the long-serving editor of the Atlanta Journal.

Hughes Spalding Jr. graduated from the UGA School of Law in 1941 and practiced law with the family firm, King & Spalding. The youngest son, Phinizy Spalding, was a beloved history professor at UGA for almost 30 years. He was the chair of the Ferdinand Phinizy Lectureship and a leader in historic preservation on campus, in Athens and around the state.

Many third-generation Spaldings graduated from UGA, including Bo and John Spalding. Bo Spalding earned his ABJ and MBA from UGA in 1978 and 1979, respectively. He is also the co-founder and principal of Jackson Spalding, a marketing and advertising agency with offices in Atlanta, Athens and Dallas. John Spalding graduated Phi Beta Kappa and magna cum laude with honors in history in 1982 and from the UGA School of Law in 1985. He recently retired after 25 years at Cox Communications as VP of government affairs and chief privacy officer. After attending UGA, he supported the Honors Program and was named to its advisory board in 1999 by then director Jere Morehead. In 2005, he was a charter member and first chair of the Arch Foundation for the University of Georgia from 2005 to 2007. He served as chair of the UGA Foundation from 2013 to 2015. He is now an emeritus trustee of the foundation. John’s wife Mildred graduated from UGA with a degree in art history in 1981 and has served the university in many ways since then. Mildred served on the board of advisors of the Lamar Dodd School of Art, and now serves on the board of advisors for the Willson Center for the Humanities. Together they have funded endowments to support the Honors Program, the Lamar Dodd School of Art, the history department and a Georgia Commitment Scholarship.

The next generation of Spaldings is already continuing the legacy of service to UGA. John and Mildred’s son Jack Spalding, and their nephew Charlie Spalding, are both recent graduates of UGA and are already giving back.

“The Spaldings are the compass towards all that I love most about UGA. They welcomed me here, encouraged the work of the humanities and arts, connected that work to their networks of friends and alumni, and have offered advice and steadfast support whenever it is needed.”

“It’s hard to think of a family that has been more generous to the university in terms of its time, talent and financial resources. Dr. Phinizy Spalding was an amazing teacher who shaped hundreds of students’ lives for the better, including my own, and loved the University of Georgia and Athens with the entirety of his expansive heart and spirit.”