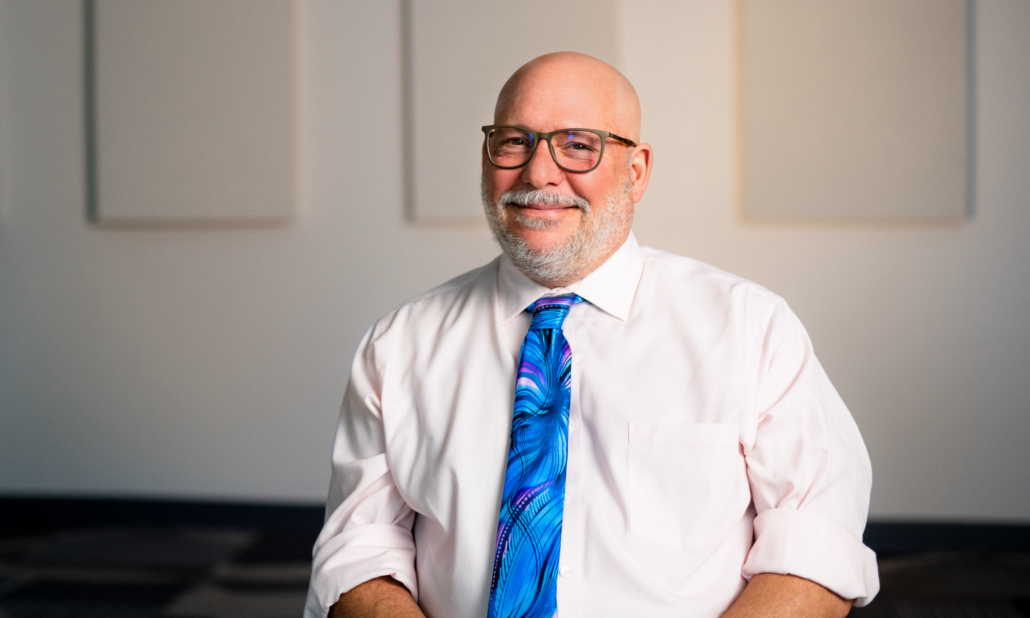 Garth Russo, who retired as executive director of the University Health Center in July 2021, helped the University of Georgia navigate the pandemic – one of its most trying periods to date.

He began his career as a staff physician in 1991. He joined his wife, Natalie, also a physician, who was hired in 1988 and retired prior to January 2018, when Russo became the Senior Medical Director. He assumed the role of interim Executive Director in February 2018 upon Dr. Jean Chin’s retirement and accepted the full-time role in August. Russo retired in July 2021.

Russo states that “It’s been a pleasure to serve students. They’re at a developmental time of life and it’s an honor to be able to provide care, to help them navigate and to watch them grow. I can’t imagine a better population to serve.” In his administrative roles Russo also interacted with many UGA students through the UHC’s seven student groups, including the Student Health Advisory Committee, the Healthy Dawgs Ambassadors and Be Well Peer Educators. Peer-to-peer service and sharing of information is important, according to Russo, but the insights that come to supervisors and mentors through those relationships are among the most special.

Beyond service his service as a physician, Russo built and improved processes, systems and the organizational structure of the UHC. Russo received his bachelor’s in biomedical engineering from Vanderbilt University and has applied this background through the implementation and maintenance of the Center’s electronic health records (EHR) system starting in 2001. In 2014, he became board-certified in Informatics through the American Board of Preventive Medicine. Leveraging the EHR he used his leadership skills to evolve a shift from a walk-in/urgent care model to a more appointed, primary care model often referred to as a Patient-Centered Medical Home, alternatively “Campus Medical Home,” given the residential context.

To assist with the medical decision-making needed to support the administrative response to the COVID-19 pandemic, Russo was asked to chair the UGA Medical Oversight Task Force (with Deans Shelley Nuss, Marsha Davis, and Lisa Nolan) in June 2020. This role, and the many initiatives associated with it, directed much of his attention onto the campus community at large while the clinical demands of COVID-19 on the service lines of the UHC expanded dramatically.

In the years prior to retirement Russo’s administrative agenda for the UHC was to purposefully and intentionally evolve the organizational structure to ensure that institutional knowledge would be passed on and that employees have greater training and opportunities for growth. Russo is leaving behind a facility that is sufficiently flexible and growth-oriented to transition as needed without a loss of performance. Russo is most excited to observe a future that involves the growth of initiatives that focus on student and campus wellbeing, and integration of behavioral health services and awareness throughout campus.

Russo holds most special being honored by the Division of Student Affairs as a one-time recipient of the Lee Anne Seawell Award and two-time recipient of the Dwight Douglas Awards for Service to Students. And, for his career of commitment to the University through his work at the UHC, President Morehead issued a Proclamation in June 2021.

Russo attended Wake Forest School of Medicine, earning his medical degree in 1984. Russo met his wife, Natalie Blatchford, while they were both in medical school and they married a week before graduation. Both did their residency at the Brody School of Medicine at East Carolina University, gaining Board Certification in Family Medicine in 1987.

He was awarded a National Service Corps scholarship to attend medical school, and in return, he provided primary care service at Northeast Georgia Family Medical Center in Bowman, Georgia.