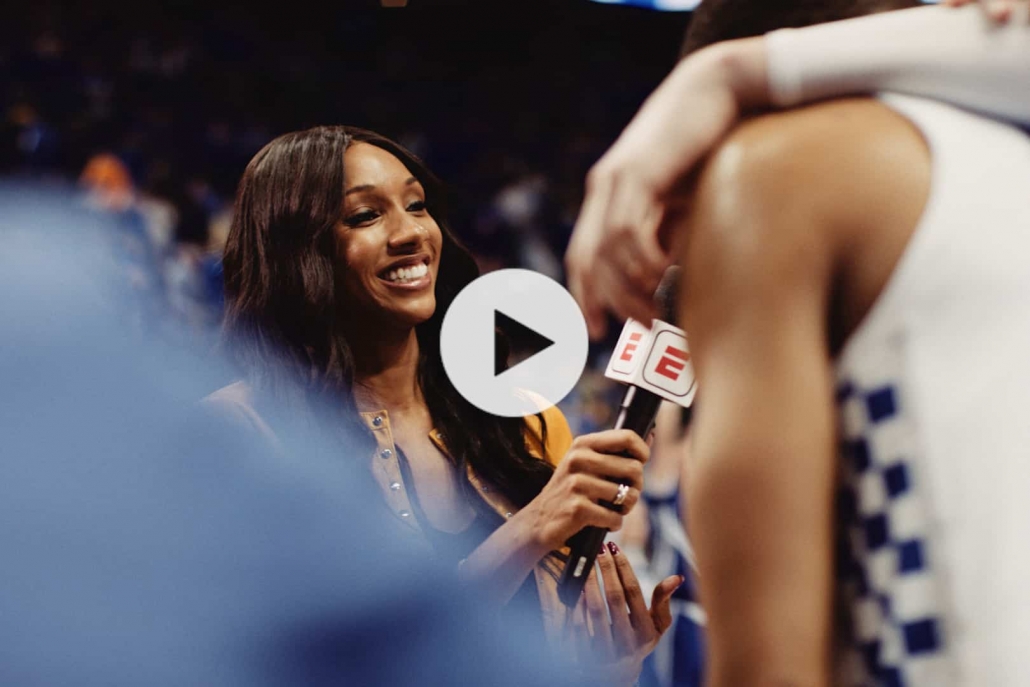 Maria Taylor is in her seventh season as an analyst, host and reporter for ESPN. In 2017, Maria became the first black female to co-host College GameDay Built by The Home Depot. Maria was also tapped as the sideline reporter for ABC Saturday Night Football. She patrolled the sidelines for the 2018 College Football Playoff and National Championship Game. She previously served as the first female host of SEC Network’s traveling college football show, SEC Nation, alongside analysts Tim Tebow, Marcus Spears and Paul Finebaum. In addition to her football duties, Maria is a host of Big Monday and NCAA Women’s Final Four and National Championship studio coverage. She also serves as a sideline reporter for Saturday Night Prime Men’s College Basketball. Prior to her role on SEC Nation, she helped launch the SEC Network as one of three studio hosts and worked as the SEC Primetime Saturday Night college football reporter with commentators Brent Musburger and Jesse Palmer.

Prior to 2012, Maria was reporter and host for IMG College at the University of Georgia for three years. She also appeared on various studio shows including Dawg Report, SEC Men’s Basketball Tonight and SportsNite.

Maria co-founded a non-profit organization in 2015 called Winning Edge Leadership Academy. The mission of the Winning Edge is to educate, foster professional mentoring relationships and
provide networking opportunities and enrichment scholarships to ethnic minorities and women who are seeking careers in the sports industry. Since 2015, the academy has helped more than 40 students to become the next generation of leaders in sports business.

Maria attended UGA, where she played collegiate volleyball and basketball. She was named to the All-SEC volleyball team three times and was also a member of the USA A2 National Volleyball team. She graduated from Georgia in 2009 with a degree in broadcast news. She returned to the university and earned an MBA in 2013. She is a native of Alpharetta.

“Maria was outstanding as a journalism student. I used one of her projects as an example for other students for years afterwards. She brought a brain to sports, yet I didn’t even know she was an athlete until years after she graduated. She asked for no favors. She earned her status.”