Set against the backdrop of Lake Michigan and a host of architectural gems, Chicago is a feast for the eyes. The third-largest city in America boasts a bustling restaurant scene, world-renowned museums and plenty of history. Michael Lyons (BBA ’15), president of the UGA Alumni Chicago Chapter, Amber Wallin (ABJ ’13), Dana Todd (ABJ ’92), and Nisha Katti (AB ’16, ABJ ’16) share tips to help Bulldogs make the most of life in the Windy City.

Favorite part about living in Chicago.

“I like living in a big city that has a neighborhood feel, the influence that many cultures have left on the city, and the imprint of early 1900 American retail and steel companies.” – Michael

“It was hard leaving Athens after graduation, but then you realize that Chicago, with its varied neighborhoods, feels like a collection of small towns. It’s beautiful forming neighborhood camaraderie!” – Nisha

How do you spend a free day in Chicago?

“I love the downtown area, and I love taking visitors around to see the various buildings and art museums. I also love taking the architectural boat tour down the river. Chicago’s architecture is just gorgeous, and once you start learning the history you see so much more than just glass and steel.” – Dana

“On a warm day, I like biking around the city to favorite coffee spots and local shops and ending the day on the lakefront with a picnic overlooking the city.” – Michael

“Breweries (favorites: Lake Effect Brewery, Lagunitas, Begyle Brewing), beer on my back patio, or beer and elotes in Humboldt Park. Also, 100% the architecture boat tour! In the winter, it’s nice to snuggle up somewhere like Kibbitznest for hot drinks, board games, and books or take in warmth and greenery at the beautiful (and free) Garfield Park Conservatory. Remember to always make a donation, though!” – Nisha

“Chicago combines the best of Midwest benefits (affordability, nice people, middle of the country, accessible by many transportation options) with big-city benefits like great public transit, lots of jobs, arts and culture, and lots of universities.” – Dana

“We don’t put ketchup on our hot dogs.” – Michael 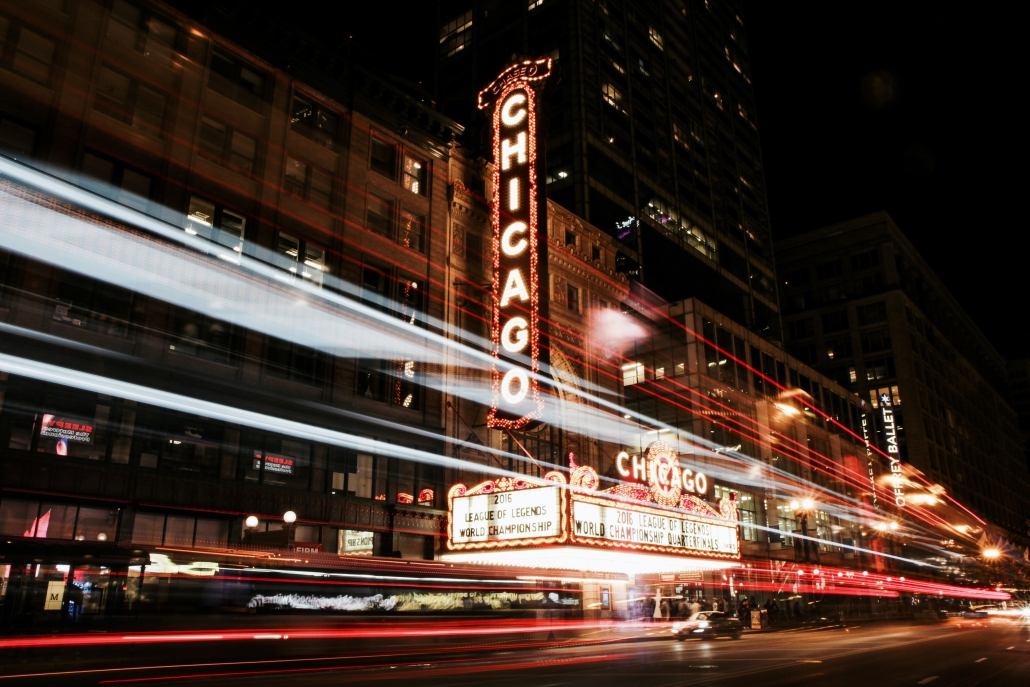 One thing people may not know about Chicago.

“Chicago is an amazing city for comedy and comedians, like me.” – Amber

“In the winter, there is a widely-accepted ‘dibs’ rule. If you’ve dug your car out of the snow, you can save that spot for when you return. Empty spots are held by placing household objects, like patio furniture or vacuums, in parking spots during the day. It’s common to go down a block during a cold February morning and see holes in two feet of snow with a lonesome patio chair.” – Michael

“The best view of the city is from Museum campus, near the Shedd Aquarium. I like to go at night when the museums are closed and there’s no traffic and street park down there!” – Nisha

“Humboldt Park, hands down. There are so many hidden nooks, swan paddle boats, elotes and fresh mango sold by vendors, and plenty of space to picnic.” – Nisha 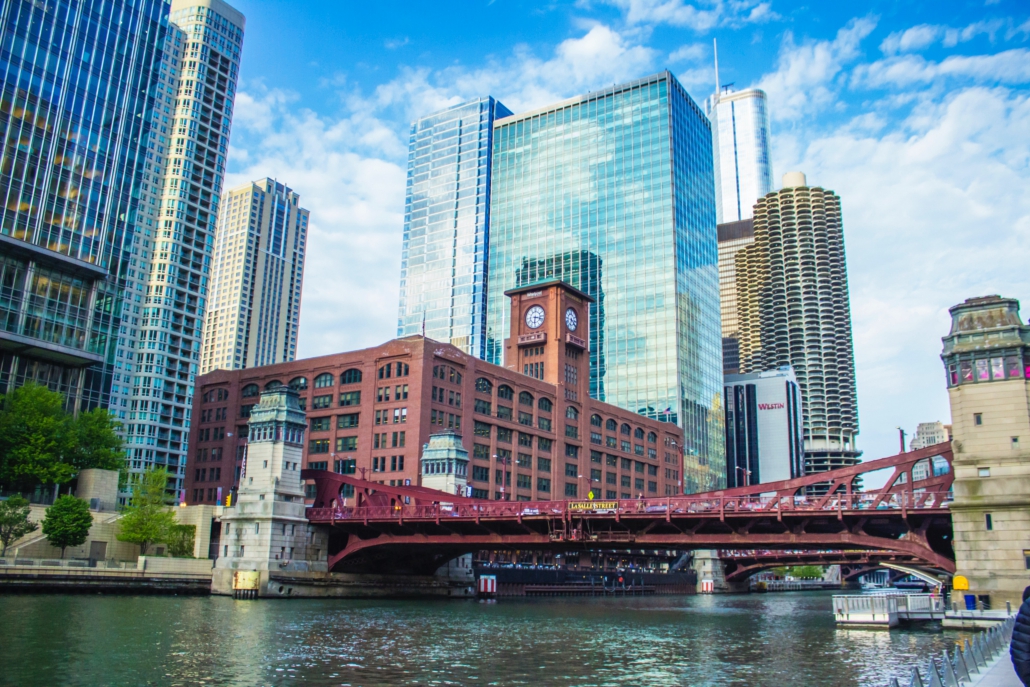 The waterfront along the Chicago River boasts views of Chicago’s unique architecture.

“West Side bars like Cobra Lounge have underground and punk bands. For big performances in a huge park, go to Ravinia Park. City Winery has mainstream jazz and singers … there’s something for everyone here.” – Dana

“Chicago is the birthplace of house music and home to a lot of jazz. Kingston Mines is perfect for a night of jazz, ad Smart Bar features local house artists every weekend.” – Michael

“I love B.L.U.E.S., the Green Mill Lounge, and the California Clipper!” – Nisha

“The Chicago Cultural Center is an overlooked gem. It has permanent and rotating art exhibits of important Chicago culture and artists.” – Amber

“The Garfield Park Conservatory, the murals in Pilsen, and Palmisano Park (which has transformed from coral reefs to quarry to landfill to park)!” – Nisha 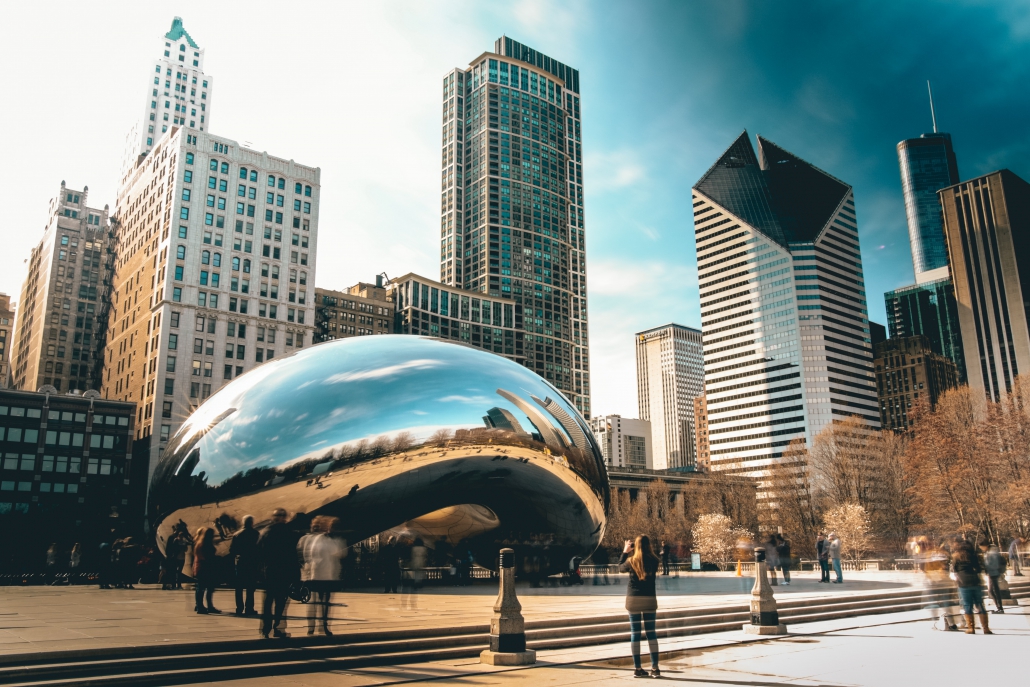 Cloud Gate, also known as The Bean is a public sculpture by Indian-born British artist Sir Anish Kapoor. It is the centerpiece of AT&T Plaza at Millennium Park.

“Game-watching parties at Highline Bar + Lounge are my favorite and they attract up to 450 people. It’s fun to cheer on the Dawgs with a crowd so far from home.” – Michael

Advice for a Bulldog new to Chicago.

“Buy a winter coat and a shovel! And get ready to taste some of the most incredible food in your life.” – Amber

“Don’t be afraid of the buses and trains. They are the best way to get around the city, and the bus drivers are trained to be helpful if you want to know where something is. If you have a free day, get on an L and just let yourself go everywhere to get acquainted with the neighborhoods.” – Dana

“Don’t be scared of South and West Chicago. Educate yourself on the history of geographical segregation and gentrification of the city and appreciate the history and beauty of neighborhoods outside of the Loop and the North side. I have a special fondness for the Northwest side, specifically the Six Corners district of Portage Park. Also, don’t bother with umbrellas, but invest in a good down coat that resembles a hooded sleeping bag.” – Nisha