The 40 Under 40 program began in 2011, and celebrates the personal, professional and philanthropic achievements of young UGA graduates. To continue our 40 Under 40 coverage, we caught up with three agriculture professionals–Sam Watson, Travis Moore and Amelia Dortch–from the 2017 honoree class to learn about their career journeys and the wisdom they’ve gained along the way. 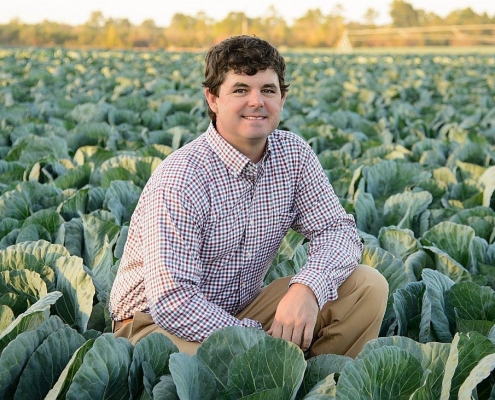 Sam Watson balances being a Georgia farmer and state representative by taking things one day at a time. As a farmer, he grows, ships and packs bell peppers, squash, eggplant, cucumbers, cabbage and tomatoes. He also raises cattle. As a state representative, he represents District 172 and serves on the rural caucus. We caught up with Watson to discuss how the 40 Under 40 program has impacted him a year later and about the value of a UGA education.

“A career in agriculture is what I’ve always wanted to do. My first job out of college was with a large vegetable operation which led to my interest in produce. I grew up as a livestock kid so vegetable production was a big change for me.”

“I am very appreciative. One of the driving forces behind my decision to run for the State House was to try to be a voice for rural Georgia and agriculture. It’s an essential part of our state’s economy, but there are only a few people in state government who have a solid understanding of the challenges facing communities like mine. Being recognized with 40 Under 40 gives me another opportunity to share the importance of my industry–and to advocate for, not just agriculture, but for rural communities across our state.” 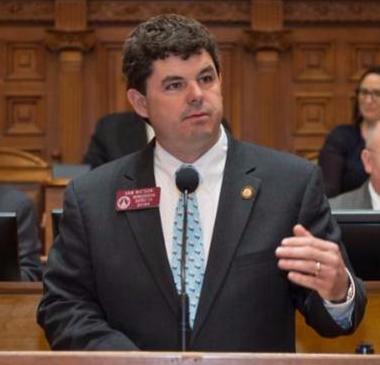 “In December of 2012, I quit my ‘real’ job to run for State Representative for House District 172 and farm full time. There were no guarantees that I would be successful at either, but I prayed about it and took a giant leap of faith, and here I am. Some months are certainly more stressful than others, but I remind myself to do the duty that lies nearest.”

“UGA provided me with a quality education, but also forced me outside my comfort zone. If that didn’t happen I wouldn’t have ever left the farm and been able to help make an impact today.”

“Work hard – no amount of education can make up for a poor work ethic.”

“My career goals are to grow my farming operation, help feed the world and continue to make our state a great place to live and to work and raise a family on the farm.”