Alex Urban (MA ’12) is living his childhood dream: this past May, the PGA TOUR named Alex executive director of the TOUR Championship. After falling in love with the sport of golf early in life, he now plans, facilitates and advocates for one of the most prestigious golf tournaments in the United States. The TOUR Championship is truly Alex’s perfect workplace, and why wouldn’t it be? It’s full of Bulldogs!

The TOUR Championship runs August 24 – 28, the first under Alex’s leadership (want to go? Here’s how to do that). Ahead of the big event, Alex generously took some time to answer a few questions about his time at UGA, the PGA TOUR, and everything in between.

Q: What is your first UGA memory?

A: My first memory is walking into the Grady College when I was touring colleges for grad school and being instantly amazed by the campus and the facilities. I was, at the time, choosing between UGA and UF, and thankfully, there is no doubt in my mind that I made the best possible decision.

Q: Where did you spend most of your time on campus?

A: When I was on campus, I was mainly in the Grady College of Journalism and Mass Communication. I love that part of campus because it’s right there by the Tate Student Center and, of course, Sanford Stadium. Outside of Grady, I did spend a decent amount of time at the Zell B. Miller Learning Center and the Main Library – graduate school requires a lot of reading and writing! As a former competitive swimmer, the 50-meter pool in Ramsey was awesome too.

Q: As you progressed in your career, what was the most valuable lesson from UGA that you carried with you?

A: I learned so many things in my time at UGA—both in and outside of the classroom. One thing that has really stuck with me is the value of measuring progress and success. For example, when we evaluate marketing campaigns or tactics, it’s easy to fall into the trap of just guessing what is working and what is not. It’s so important to create accurate ways to measure output both pre- and post-implementing tactics so you work with the best information to make decisions.

Also, the value of listening is something I am always being reminded of. There are a lot of smart people in the world, and teams operate so much better when leaders get out of the way and listen. There is nothing more important than listening – to a similar point above, listening allows you to get the full picture before making strategic decisions.

Q: What is the best thing about being executive director for the TOUR Championship?

A: Very few people in the world get to say they work in their dream job, and I am one of the lucky members of that club. When I was 15 and thinking about what I might do for a living, I knew it was a dream to work in sports, but then to work in my favorite sport is special. I love the sport of golf so much and this job. I feel like I get to make my own mark on the history of the game and make a positive impact on our community.

Q: How often do you hear “Go Dawgs” from players and other PGA TOUR staff?

A: All the time! As you might imagine, there are a ton of Dawgs that work for the PGA TOUR, especially with it being headquartered not too far away in Ponte Vedra Beach outside of Jacksonville. I was at our headquarters for five years, and of course, the Georgia-Florida game is a can’t-miss event every year. As far as our players, there are so many on TOUR that you can’t go too long without running into a Dawg.

I was lucky enough to be working the Sony Open in Oahu during the first national championship game against Bama and helped set up the bet between Kevin Kisner and Justin Thomas where the loser had to wear the winner’s jersey for a hole during the Pro-Am. While it was a sad week for UGA that time, Kevin was a good sport. There have been a lot of happy Dawgs at the PGA TOUR since January!

Q: What does your day-to-day look like in your job?

A: I get asked this all the time, and it’s so hard to answer because it changes so much depending on the time of year or even the day of the week. We put on a small city to operate a world-class tournament like the TOUR Championship, so on any given day, we might be working with one of our proud partners – Southern Company, Coca-Cola and Accenture – or doing budgeting, marketing, speaking engagements, operational build items, signage, community outreach, permitting—the list goes on. It is truly impossible to get bored in a role like this given the breadth of the job.

Q: What does the volume of UGA golfers on tour say about the program Coach Haack runs?

A: It says three things in my mind:

It is truly amazing what Coach Haack has been able to accomplish, and the ever-growing, already huge list of Dawgs on TOUR highlights that. I teed it up a few times at the University Golf Course, and it’s obviously a pretty good test of golf!

Q: How does the PGA TOUR involve itself in philanthropy in the communities it touches?

A: Throughout the season, PGA TOUR events generate millions of dollars for the communities they play in, and none underscore the importance of that more than the TOUR Championship here at East Lake. Since 1998, the tournament has generated more than $42 million in charitable donations to the East Lake Foundation, the First Tee of Metro Atlanta, Purpose Built Communities and a few other local charities. These charities directly impact the community immediately surrounding the course—what the East Lake Foundation and the Cousins family have been able to accomplish to improve this area is remarkable.

You look at the construction of an impressive building like the Drew Charter School, and you can see that charitable impact at work—it isn’t just a number. And those things all work in concert to make the city of Atlanta and East Lake a better place to live. We take that responsibility very seriously. Every year, two First Tee of Metro Atlanta students earn the right to hit the opening tee shot on Thursday through a series of essays, interviews and golf tournaments. It is such a special way to start the week and highlight our commitment to this community.

Thank you to Alex for spending some time with us and giving us a peek into the working life of a Bulldog running the TOUR Championship! Find tickets to the event on their website, and watch the top 30 PGA TOUR players compete at East Lake Golf Club from August 24 – 28. Stay informed by following the official TOUR Championship on Facebook, Twitter and Instagram. 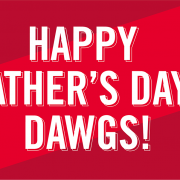 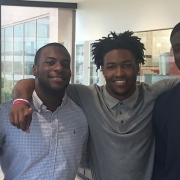 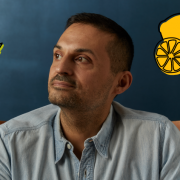 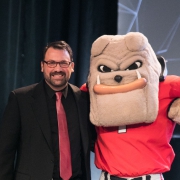 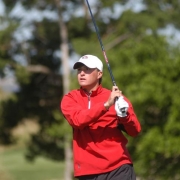 Catching up with the 2022 University of Georgia Bulldogs

Checking in with Alumni Board Member Adam C. Johnson
Scroll to top