The University of Georgia Alumni Association has unveiled the 40 Under 40 Class of 2017. The program began in 2011 and celebrates the personal, professional and philanthropic achievements of UGA graduates who are under the age of 40.

This year’s class includes alumni from a variety of industries ranging from law to agriculture. Among the honorees are ESPN’s Maria Taylor, Georgia Teacher of the Year Casey M. Bethel, state Rep. Sam Watson, who represents Colquitt, Thomas and Tift counties, and Maritza McClendon, the first woman of color to represent Team USA on the Olympic swim team.

The honorees will be recognized during the seventh annual 40 Under 40 Awards Luncheon on Sept. 14 at the Grand Hyatt Atlanta in Buckhead. Ernie Johnson, a 1978 UGA graduate, will serve as keynote speaker for the event. Johnson is a co-host on TNT’s “Inside the NBA” and is the lead announcer for “Major League Baseball on TBS.” He delivered UGA’s 2017 undergraduate Commencement address in May. Registration will open for the awards luncheon at alumni.uga.edu/40u40 in the coming weeks.

“We are excited about this year’s 40 Under 40 class,” Meredith Gurley Johnson, executive director of alumni relations, said. “These young alumni are making a difference in the classroom, boardroom, operating room and everywhere in between.”

Nominations for 40 Under 40 were open from February to April, and nearly 400 alumni were nominated for this year’s class. Honorees must have attended UGA and aspire to uphold the Pillars of the Arch. Additional criteria are available on the UGA Alumni Association website.

“We received hundreds of nominations, and our graduates have made some incredible accomplishments,” Johnson added. “It is more difficult every year to narrow the list down to 40, and that is a testament to the caliber of our alumni. We are so proud.”

This year’s 40 Under 40 honorees, including their graduation year from UGA, city, title and employer, are: 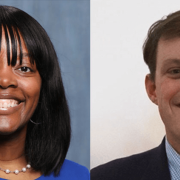 Life lessons from the 40 Under 40’s two black belts 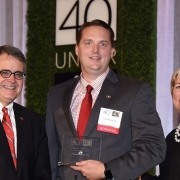 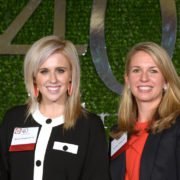 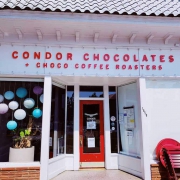 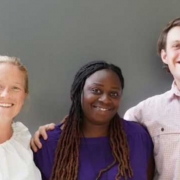 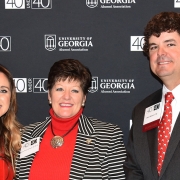 A Sweet Taste of Athens in Atlanta
Scroll to top