We caught up with Georgia graduate Kevin Aycock, who has been recognized through the 40 Under 40 and Bulldog 100 programs, to learn about how these recognitions have enhanced his career and network. Nominations are open for the 2018 Bulldog 100 through May 31.

What He Does: “We build custom homes and have been doing so since I finished undergrad. I started working for another homebuilder for a while, and in 2009 I went out on my own and started Kevin Aycock Homes.”

His Experience with 40 Under 40 and Bulldog 100: “I’m very proud of having these recognitions. I’m a Bulldog through and through, so it was a really big deal to me personally, but it’s also been a great addition to my resume. Living in Atlanta, and building homes for people in Atlanta, we run across a lot of fellow Bulldogs. Most Bulldogs keep up with UGA, so most of them have seen our recognition. It’s very reassuring for them when they’re deciding to do business with me.” 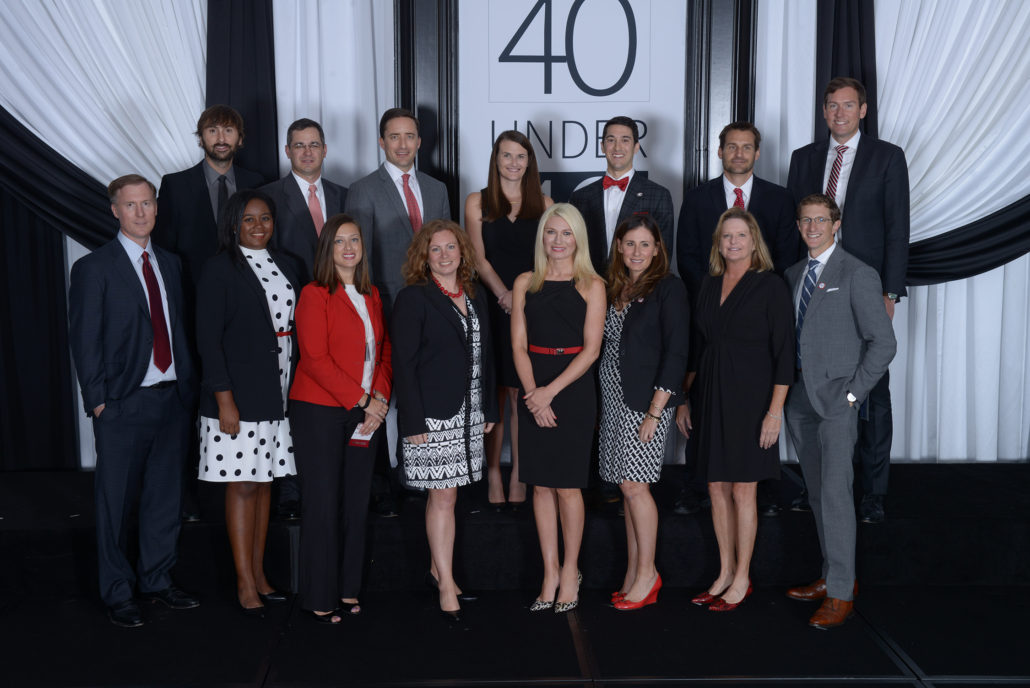 Kevin, second from right on the back row, and other Terry College grads at the 2016 40 Under 40 Celebration.

Future Goals: “Since being named Bulldog 100 the first time, the business has doubled in size – it’s grown significantly. Our goal is to keep growing and keep doing what we’re doing, but do more of it. [Homebuilding] is such a large and growing market; I feel like the sky’s the limit, and we can just keep growing each year.”

UGA’s Role: “Starting with undergrad, and then getting my MBA from Georgia later in life, both degrees certainly prepared me for the world I’m in – the business world. The MBA program was fantastic and just what I needed to really grow my business. On a social level, the connections I’ve made through UGA are helpful. That instant bond you have with another bulldog is priceless.”

Tips for Success: “Regardless of what you’re going to do, if you’re planning to own and operate your own business, study finance. Everything revolves around that. Second, keep networking. UGA has such a huge alumni base, especially in Atlanta, so take advantage of that.”

A Bulldog in the Golden State: Rachel Hundley
Scroll to top