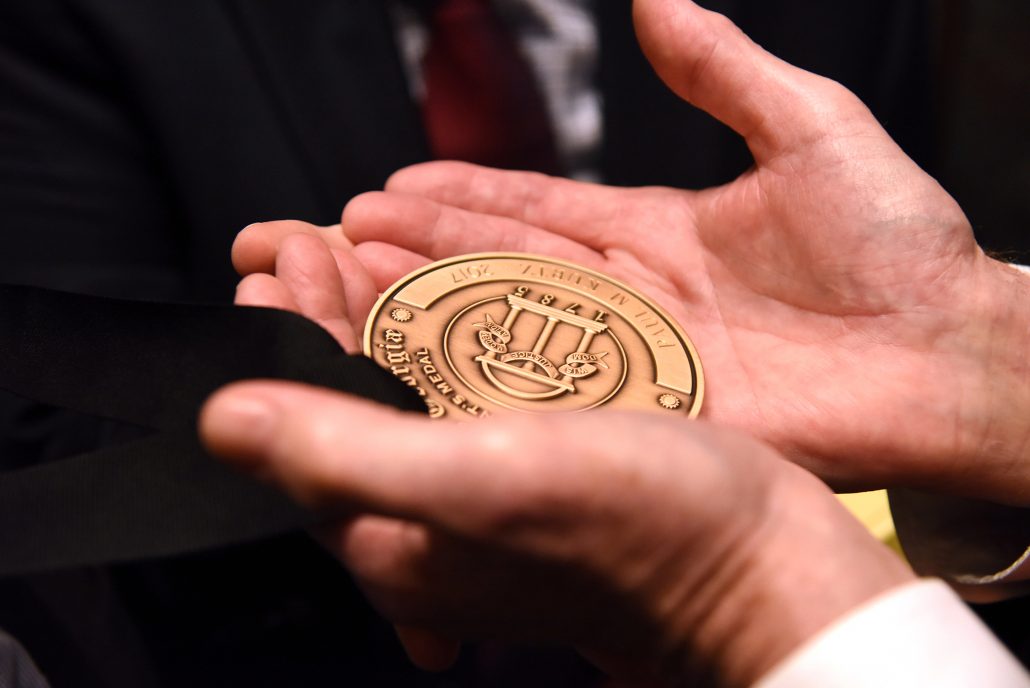 The week kicked off with the presentation of the President’s Medal to Paul M. Kurtz, retired associate dean and professor in the UGA School of Law. The President’s Medal recognizes extraordinary contributions of individuals who are not current employees of UGA and who have supported students and academic programs, advanced research and inspired community leaders to enhance the quality of life of citizens in Georgia. 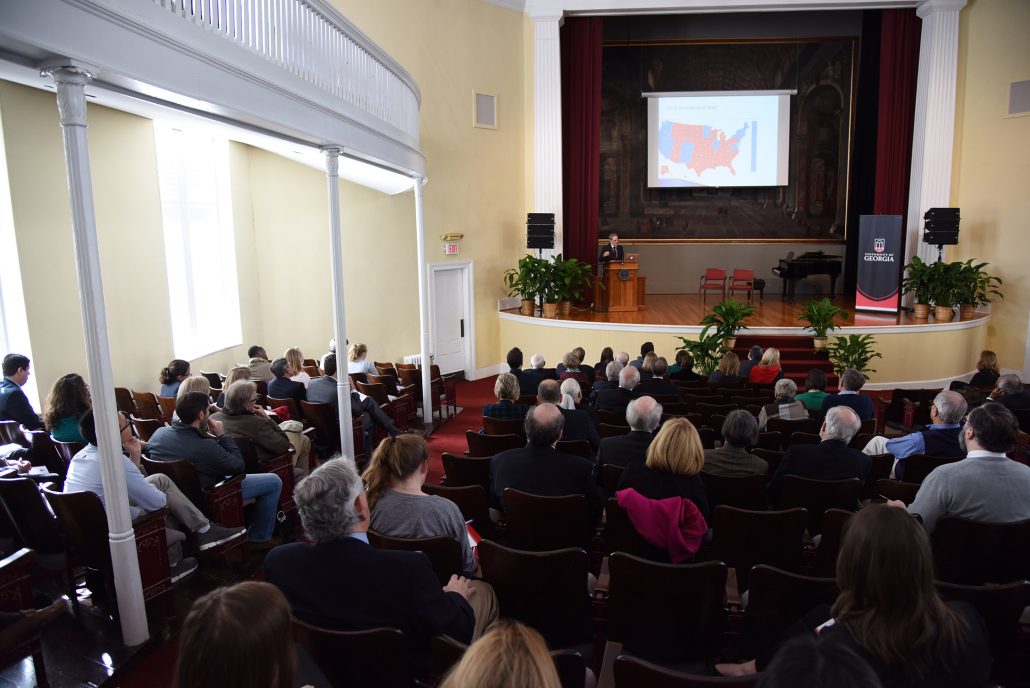 The medal presentation was followed by the annual Founders Day Lecture, presented by the UGA Alumni Association and the UGA Emeriti Scholars and the Office of the President. This year’s lecture speaker was Charles Bullock, Richard B. Russell Chair in Political Science, Josiah Meigs Distinguished Teaching Professor and University Professor, and his lecture was titled “The Highs and Lows of the 2016 Presidential Election.” 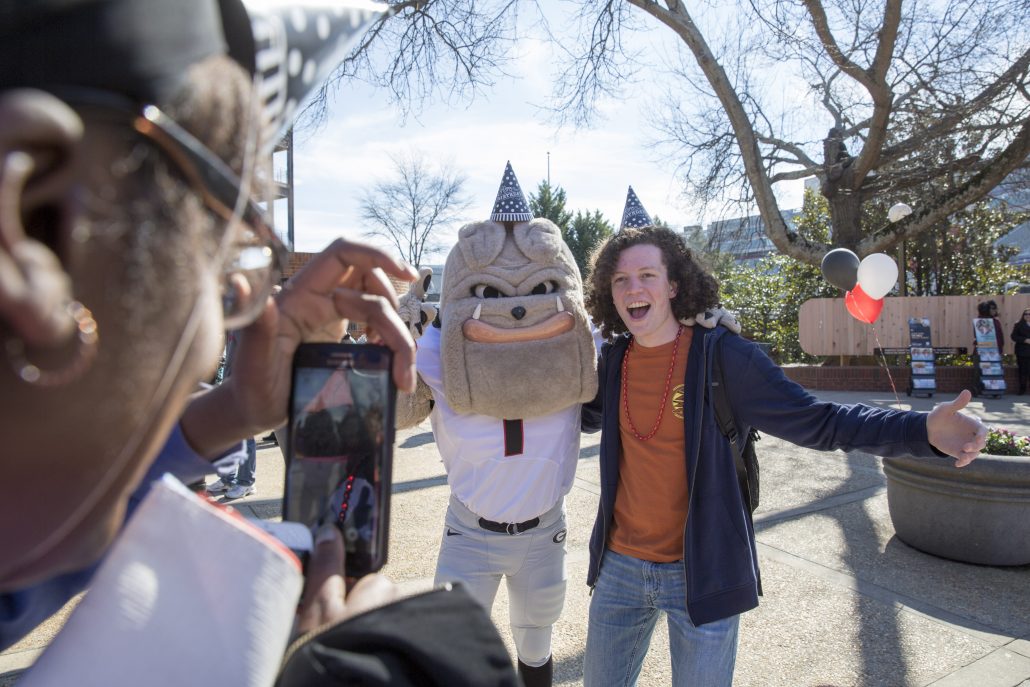 The Student Alumni Association kept the celebratory feelings going throughout the week with a series of events for students, including a T-Shirt giveaway, Tradition Tuesday and a birthday party in Tate Plaza. 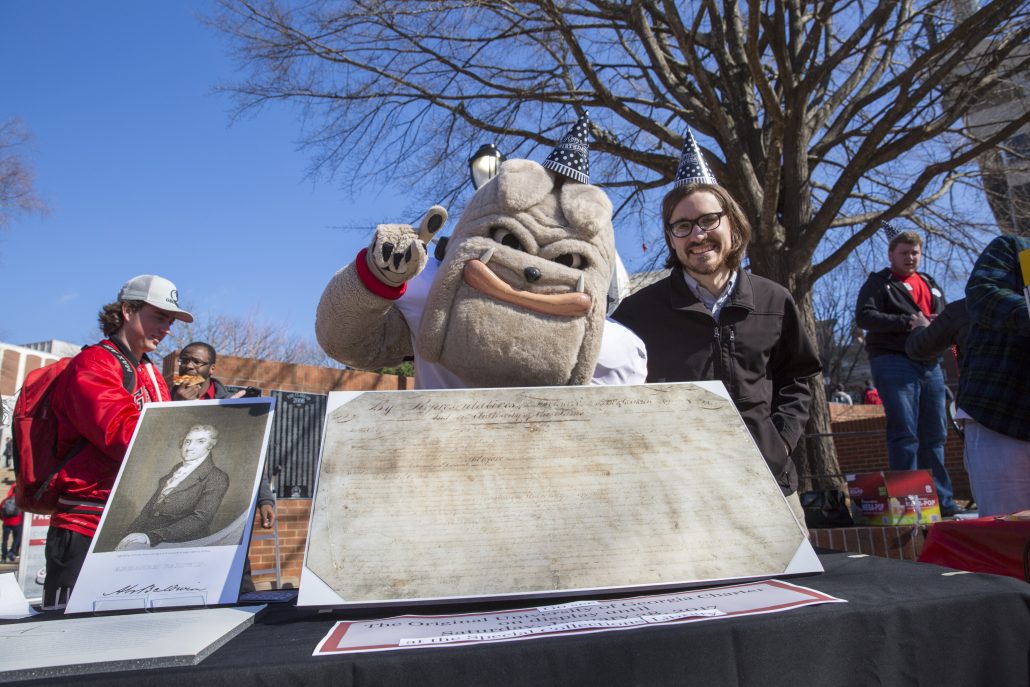 The Illustrator Behind the Commit to Georgia Campaign
Scroll to top