As a graduate of the University of Georgia, Stephanie Berrier (BBA ’07) has always been committed to staying involved with her alma mater. Originally involved with the alumni chapter in Chicago from 2007-2010, Berrier immediately reached out to fellow Bulldogs in 2013 when she moved to St. Louis. The rest is history! Today, Berrier is a president of the St. Louis Chapter, which boasts more than 700 alumni and friends in the area. 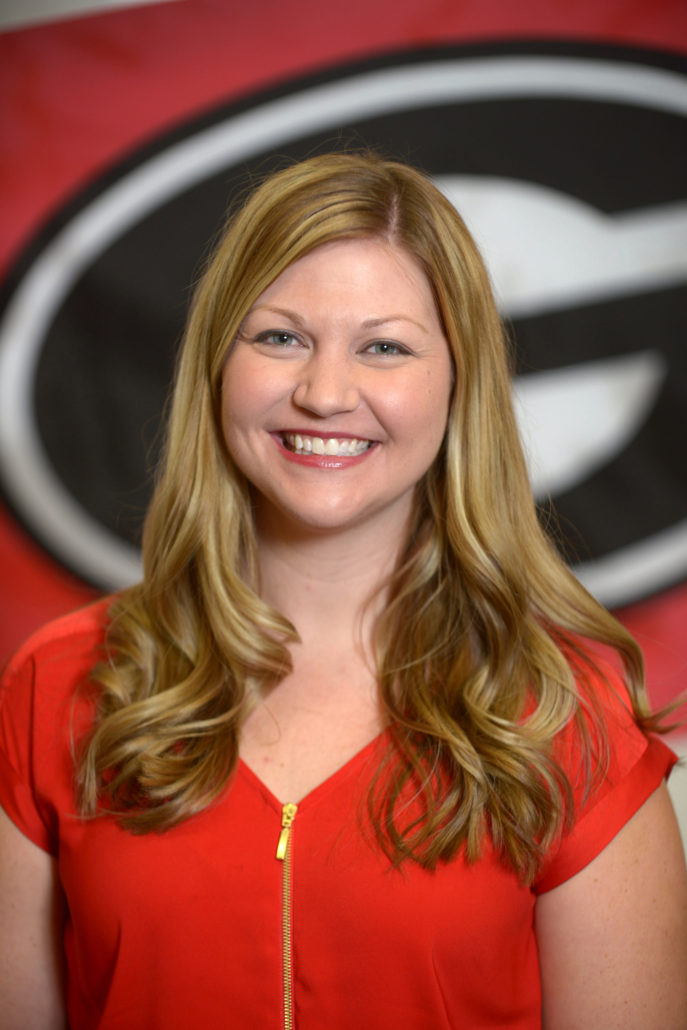 When did you graduate from UGA and what are you up to now?

I graduated from UGA in May 2007 with a degree in International Business from Terry College, and also have an MBA from the Global Partners program at Georgia State and IAE Sorbonne in Paris. Since then, I’ve bounced around for my career and education, living in Chicago, Atlanta, Paris, and Santiago, Chile. Now I live in St. Louis with my husband, Stephen Berrier (AB ’07), and our dog, Savannah. I love to travel and I’ve been fortunate that my studies and work have made that possible!

How did you become involved in your local chapter?

I first got involved when I moved to Chicago, which has a really large chapter. My roommate and I both got involved with the leadership there in from 2007-2010. When I moved to St. Louis in 2013, I didn’t know anyone. So, I looked up the local chapter online to get involved and meet new people. It’s a great way to have a piece of home and make friends! 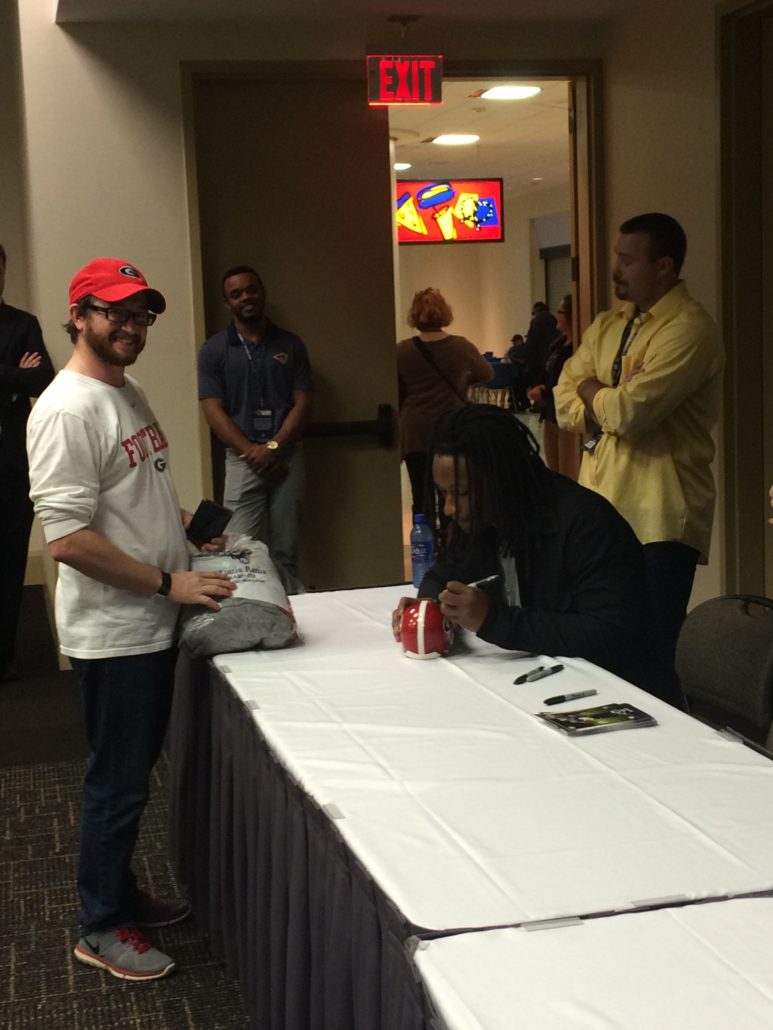 Meet and Greet with the St. Louis Rams

What chapter event are you most proud of?

Last December, our chapter was able to have an amazing event with the St. Louis Rams, including tickets and a post-game meet and greet with former Georgia Bulldogs Alec Ogletree, Will Witherspoon and Todd Gurley. It was particularly special as the team has now moved to Los Angeles.

How has being part of your local chapter benefited you?

It’s been a great way to meet people, especially as a new person in a new city. In my experience, the passion UGA alumni have for the university and Athens itself is so unique! I’ve literally met Georgia fans all over the world and we instantly had that connection, making it easy to grab a drink and cheer ridiculously within minutes of meeting. 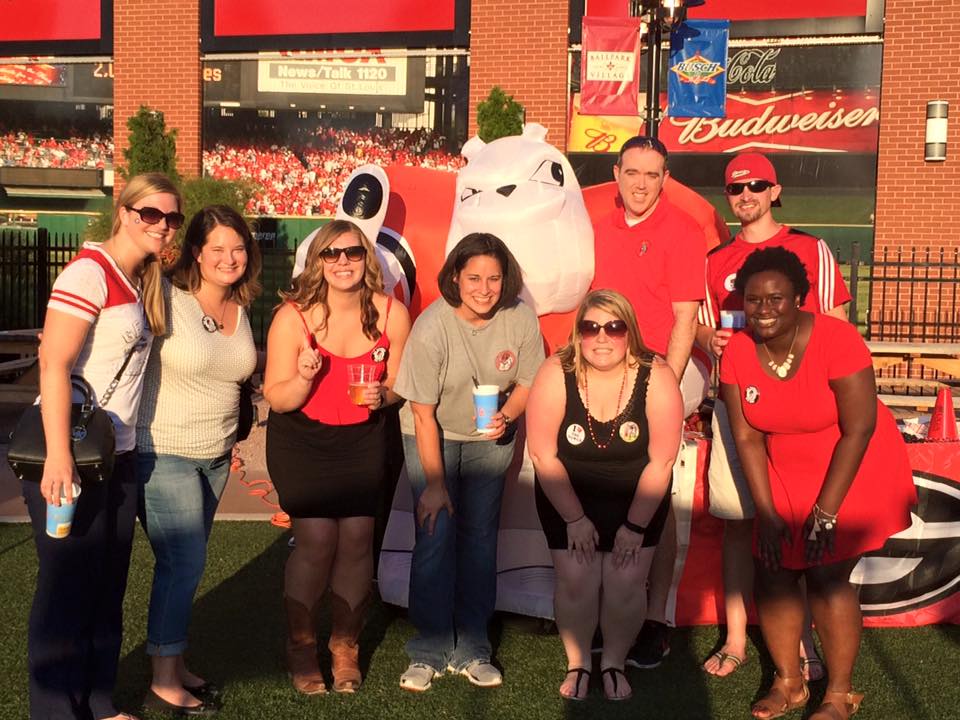 Football Kickoff Event in 2015 with the St. Louis Dawgs

What is the most important lesson you learned during your time at UGA?

It’s hard to pick just one! I think learning to embrace change during my time at UGA was most important. Friends move and change, relationships evolve, even jobs or majors can come and go. Learning to lean into changes, getting excited by the opportunities instead of being afraid or avoiding change, helps build strong character and a positive attitude. It also opens doors to life experiences you may never think you would have, which can be really fun!

If there is any advice you could give to a current student, what would it be?

Enjoy your time at UGA – not just socially, but embrace all the opportunities to get involved! It’s a time to learn and ‘fail’ in a safe environment. Learning what you don’t want to do with your life is an important part of the journey to figuring out what you actually do want to do!

The Redcoats are coming!