This story was written by Sara Freeland and was originally posted to UGA Today on January 13, 2020.

The University of Georgia will bestow one of its highest honors to Thomas P. Lauth, the founding dean of the School of Public and International Affairs, during Founders Day activities on Jan. 15.

The President’s Medal recognizes extraordinary contributions of individuals who are not current employees of UGA and who have supported students and academic programs, advanced research and inspired community leaders to enhance the quality of life of citizens in Georgia.

“Dr. Lauth provided wise counsel to me and to many others at the institutional level and helped build the reputation of the School of Public and International Affairs at UGA. He guided a new school exceptionally well and provided many years of outstanding service as a dean and faculty member,” said President Jere W. Morehead. “I look forward to honoring him for his service to UGA, the Athens community and our state and nation.”

A professor emeritus of public administration and policy, Lauth retired from UGA in 2013. He was a faculty member at UGA from 1981 to 2013, serving as head of the department of political science from 1988 to 2001 before becoming dean.

An outstanding scholar and educator, Lauth taught courses, delivered lectures and presented papers in China, Korea, Taiwan and Ukraine. He is the author or co-author of more than 50 peer reviewed journal articles and invited book chapters. During his years as an active faculty member, he directed 30 Ph.D. dissertations. In 2010, he delivered the 100th Anniversary Graduate Commencement Address at UGA.

Lauth is an elected fellow of the National Academy of Public Administration and the recipient of a lifetime scholarly achievement award from the Association for Budgeting and Financial Management. He was elected president of the National Association of Schools of Public Affairs and Administration and was appointed to the U.S. Comptroller General’s Educators’ Advisory Panel, advising the Comptroller General on the top fiscal challenges facing the nation.

Since his retirement, Lauth has continued to contribute to the academic culture of UGA as an Emeriti Scholar. He also served as president of the UGA Retirees Association and as UGA’s representative to the University System of Georgia Retiree Council.

He earned his bachelor’s degree in government from the University of Notre Dame and his doctorate in political science from the Maxwell School of Citizenship and Public Affairs at Syracuse University.

The President’s Medal ceremony is part of Founders Week, when UGA observes its anniversary as the birthplace of public higher education in America.

The Founders Day Lecture will be held Jan. 15 at 1:30 p.m. in the Chapel and is open to the public. William Eiland, director of the Georgia Museum of Art, will speak on “Colonization and Its Discontents.”

The Founders Day Lecture is traditionally held on or near the date the university was established: Jan. 27. On this day in 1785, the Georgia General Assembly adopted a charter establishing the University of Georgia as the first institution of public higher education in America.

The lecture is sponsored by the Office of the President, the Alumni Association and the Emeriti Scholars, a group of retired faculty members known for their teaching abilities who continue to enhance the university’s academic endeavors through part-time teaching, research and service assignments. 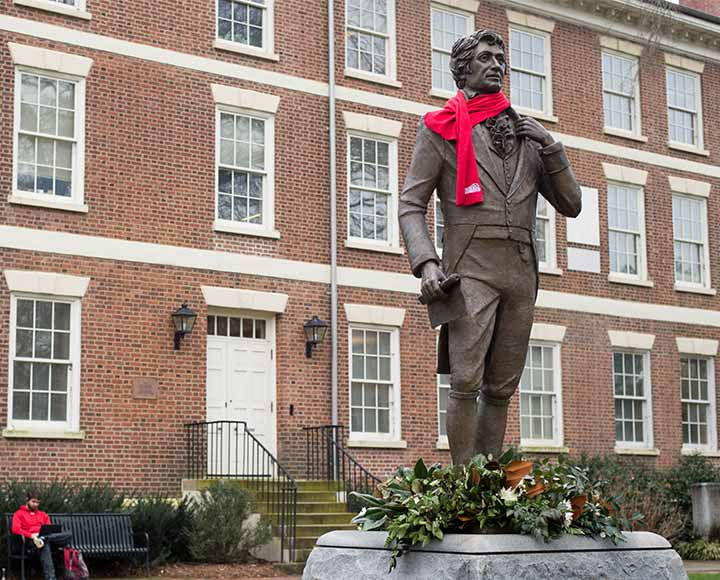 The Abraham Baldwin statue dressed for Founders Week with an Alumni Association scarf and a wreath of magnolia branches around his feet. Old College in the background.

Each January, we proudly celebrate UGA’s birthday – on the 27th of this month, we’ll be 234! More importantly, it marks our place in history as the birthplace of public higher education in America. To commemorate the occasion, the UGA Alumni Association and the Student Alumni Association will host a weeklong series of events: 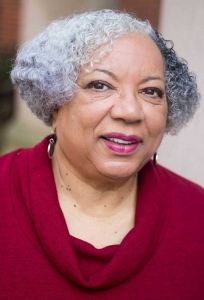 The highlight of the week will be the annual Founders Day Lecture, hosted in partnership with the Office of the President, Provost’s Office and UGA Emeriti Scholars. The lecture is held in the UGA Chapel at 1:30 p.m. and is open to the public. We hope you’ll join us! The 2019 lecture, “W.E.B. Du Bois: Dramatist,” will be presented by Freda Scott Giles, Ph.D., associate professor emerita of theatre and film studies and African-American studies at UGA’s Franklin College of Arts and Sciences.

In 1785, we sparked a movement that continues to shape our nation – join us as we recognize our historic commitment to public higher education in America.

Be a part of the birthday celebrations! Learn more at alumni.uga.edu/foundersweek.

In recognition of the university’s anniversary as the birthplace of public higher education in America, the UGA Alumni Association and Student Alumni Association host a weeklong celebration. The highlight of the week is the annual Founders Day Lecture, which is sponsored by the Office of the President, Provost’s Office, UGA Alumni Association and the Emeriti Scholars, a group of retired faculty members known for their teaching abilities, who continue to be involved in the university’s academic life through part-time teaching, research and service assignments. Held in the UGA Chapel, this event has become a Founders Day tradition, drawing alumni, students, faculty, esteemed guests and members of the community.

The lecture is open to the public and free to attend. Marshall Shepherd, Georgia Athletic Association Distinguished Professor, associate head of the Department of Geography and director of programs in Atmospheric Sciences, will present the 2018 lecture.

In addition to the lecture, the UGA Student Alumni Association and Student Alumni Council host a variety of free Founders Week events and giveaways for students to celebrate the day UGA became the birthplace of public higher education in America. 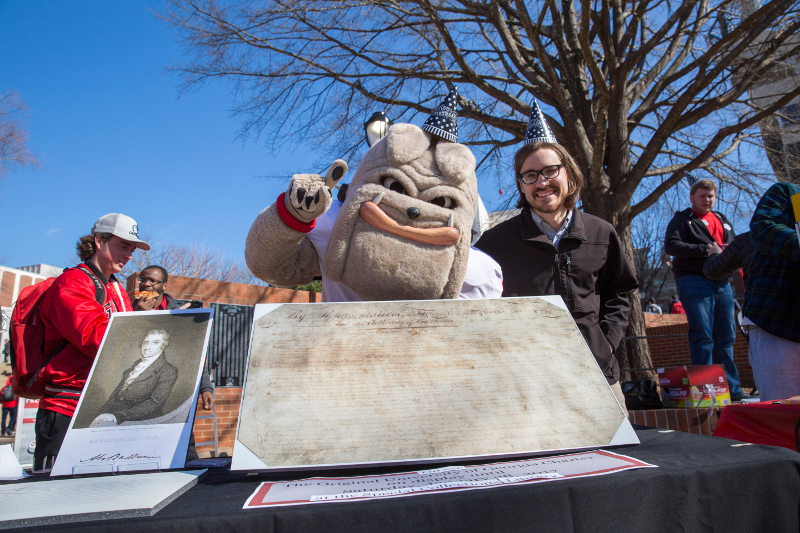 UGA students, including members of the Student Alumni Association, have been wishing UGA a happy birthday throughout the week as the university community celebrates Founders Week and the 230th anniversary of the university’s establishment as the first state-chartered institution of public higher education.

On Tuesday, students gathered in Tate Plaza to receive 2015 Founders Week T-shirts, enjoy a few birthday treats and learn more about the university’s founding and what it means to be the first state-chartered institution. Even the guide dogs got into the Founders Week spirit!

That evening, students watched the men’s basketball team defeat the Vanderbilt Commodores 70-62 at Stegeman Coliseum. Other Founders Week activities taking place this week include a Greek Life banner contest, the Spring Career Fair and a special Dawgs After Dark on Friday night.

Another exciting part of Founders Week is the annual 100 Days Until Graduation Celebration. This one-stop-shop provides seniors with an opportunity to meet with alumni representatives from their schools and colleges, learn more about the Young Alumni Football Ticket Program, order a UGA ring, make their mark on the Senior Signature plaque, and order caps and gowns for commencement. All members of the Class of 2015 are invited to attend this special event.

And if you haven’t seen it, be sure to check out the video of UGA students wishing UGA a happy 230th birthday.