This story was written by Kelly Simmons and was originally posted to Outreach.uga.edu on July 8, 2019.

You can see the salt marsh from nearly every room in Dorothea and Wink Smith’s Hilton Head home.

The activity varies with the tide. When the water is high, boats cruise through a channel that connects residents and businesses to the intercoastal waterway and the ocean. At low tide, you can walk out to the edge of the marsh where there might be wading birds, like herons, egrets and wood storks. Geckos perch on the wooden rail of the deck.

Their fascination with the marsh, its occupants and importance to the coastal ecosystem is what drew the Smiths from their home in Ohio to the South Carolina shore once they retired.

And it was that fascination that drew the Smiths to UGA Marine Extension and Georgia Sea Grant on Skidaway Island, in neighboring Savannah.

Since then, the Smiths committed money from the Patrick Family Foundation (Dorothea Smith’s family’s foundation) in Decatur, Georgia, to fund a summer internship at UGA Marine Extension and Georgia Sea Grant on Skidaway Island for a UGA student interested in marine sciences. Their gift will endow one internship a year.

“We have an emphasis on education and community and being a part of anything that helps the environment,” Dorothea Smith (AB ’72) says of the foundation.

“We went over there and were very impressed,” Dorothea Smith says. “We are facing ecological changes, and they’re on top of it.”

“The connection between us living here on the marsh and seeing what they’re doing with education made this scholarship opportunity push all the buttons we were looking for.”

Students supported by the Patrick Family Foundation Fund for the Smith Family Marine Summer Internship will have an opportunity to engage in a broad range of activities at the UGA Marine Extension and Georgia Sea Grant facilities on Skidaway Island.

They can help care for the animals on display at the UGA Aquarium, learning to use scientific instruments commonly used in marine science research. They will have the opportunity to research specific behavioral and physical characteristics of several marine species, as well as their habitats and diet. They can shadow marine science researchers in the field and lab, learn about shellfish research, including oyster production at the UGA Hatchery, and perhaps apply their knowledge of marine science concepts in the design and execution of a research project.

“Summer interns in this role will gain a deep understanding of Georgia’s coastal habitats and the functions of coastal ecosystems,” said Mark Risse (BSAE ’87, MS ’89, PHD ’94), director of UGA Marine Extension and Georgia Sea Grant. “The Smiths recognize that this experience is fundamental to a student interested in becoming a marine scientist or education.”

Dorothea Patrick Smith, from Decatur, Georgia, and Wink Smith, from East Liverpool, Ohio, met as students at UGA. They honeymooned on Hilton Head and made a home for their three girls in Ohio, where Wink Smith worked in the ceramics industry.

They bought their house in Hilton Head five years ago and spend 9-10 months of the year there. They plan to sell their Ohio home and relocate there permanently.

Between living on the marsh and the early morning walks on the beach, they have found ways to get involved in local conservation efforts. During a recent morning walk, Wink Smith found an unmarked turtle nest on the beach and contacted the person on Hilton Head responsible for tracking the turtles during nesting season.

“With education and communication we’re all becoming better stewards of the beach, the ocean and the marsh,” Dorothea Smith says. 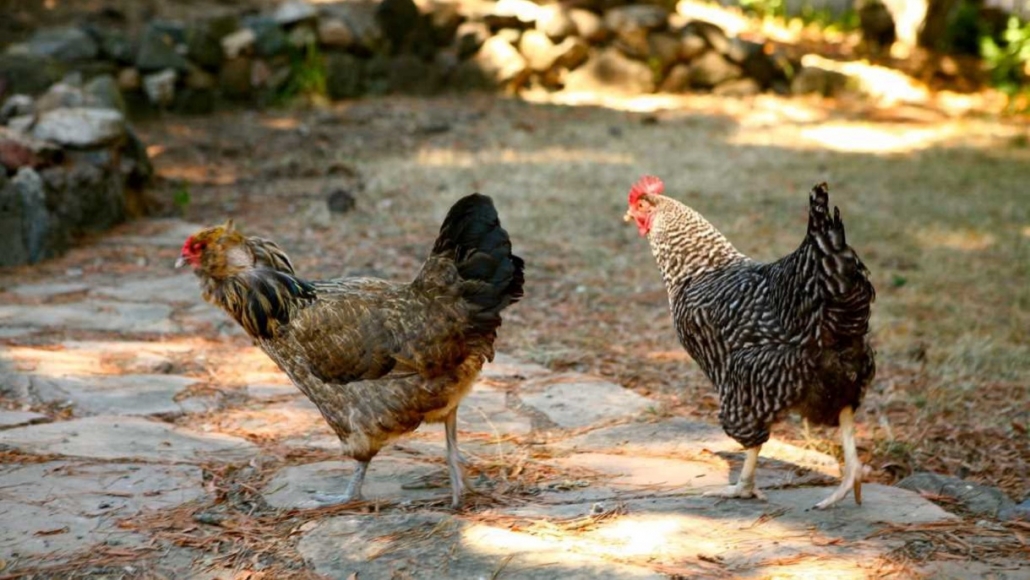 June 3 is National Egg Day according to an ever-growing list of “holiday websites” on the internet. Whether or not it’s officially backed by organizations like the U.S. Poultry & Egg Association or the American Egg Board, we’re going to take it as an opportunity to share a few “backyard flock tips” from the UGA Cooperative Extension. These tips are A+ for anyone interested in raising backyard chickens or seeking to increase the egg production of their current flock.

Many people keep poultry for egg production. Interest in homegrown products has made locally produced eggs more popular and consumers are more quality conscious than ever before. Escalating costs for poultry feed, though, can increase the costs of egg production for both small and large producers. Therefore, it’s important that the quality of “homegrown” eggs is maintained and egg spoilage is minimized.

Sanitation is an important factor in maintaining egg quality. The exterior of the egg shell is usually clean and sterile when the egg is first laid. From the time the egg is laid, however, it is exposed to microorganisms, which can penetrate the shell and contaminate the egg. This can lower egg quality or even loss of the egg as an edible product.

Thank you to Anne Anglin, an Agriculture and Natural Resources Educator with UGA Extension in Carroll County, for sharing a few things to consider for those of you who are raising poultry for egg production.

Eggs should be collected at least daily and preferably twice a day to prevent breakage and possible contamination from fecal material and dirt. The longer the eggs are left in the hen house or pen, the more likely they are to be broken and exposed to bacteria.

Washing the eggs after collection can also improve egg quality if done properly. Water temperature for washing is very important. Eggs should be washed in water that is warmer than the eggs. Warm eggs washed in cool water will contract and draw bacteria into the egg. Temperatures ranging from 100 to 120 degrees F. are recommended. Wash water can become contaminated if used too long, therefore, the wash water should be changed as dirt and fecal material build up in the solution.

Once the eggs are washed, they should be dried as soon as possible. Moisture fosters bacterial growth and a method of microbial entrance through the egg shell. A clean dry cloth or air drying can be used as methods of drying eggs.

If egg flats or cartons are used for storage, these materials should be clean and free of contaminated matter such as egg yolk and albumen (the egg white – yep, I had to Google that).

If you follow these principles for egg handling, you’ll assuredly improve the quality of eggs that your backyard flock provides you. Interested in learning more? Check out UGA Extension’s “Management Guide for Backyard Flock” or contact Claudia Dunkley, a public service associate located on UGA’s Tifton campus who specializes in poultry science.