Uga has been owned by the same family since he arrived on the University of Georgia’s campus in 1956. Frank W. Seiler’s (BBA ’56, JD ’57) family of Savannah, Georgia, owns the English Bulldogs and is as much a part of their family as he is the UGA family. 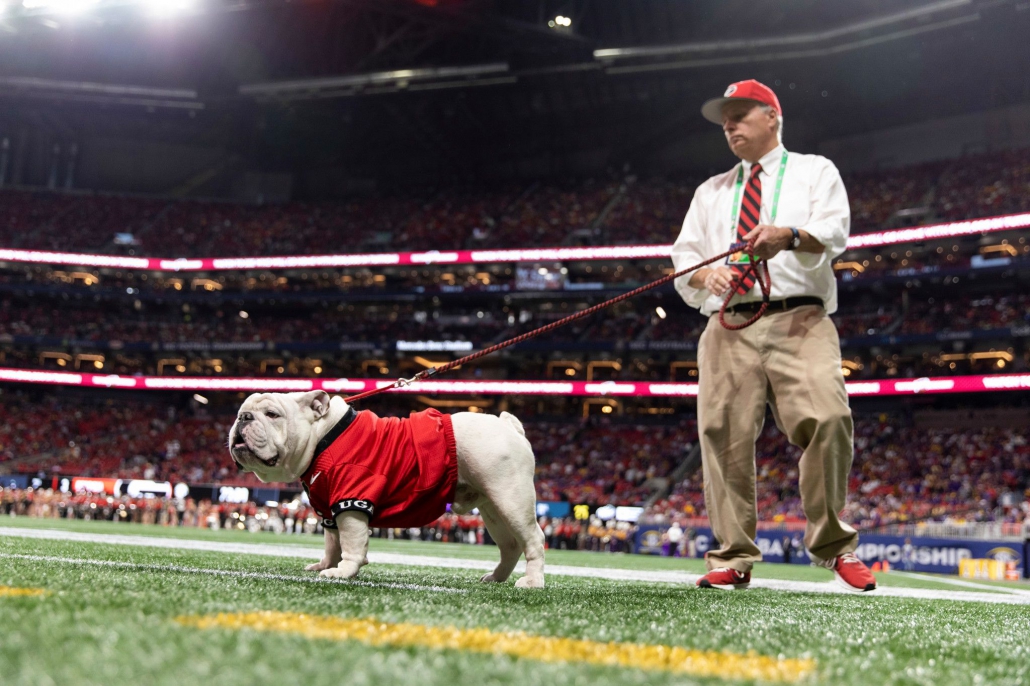 2. He knows how to live in style

Sweating in the Georgia heat during a home game? What’s that? Uga’s on-field home is a permanent air-conditioned dog house located next to the cheerleaders’ platform. He gets to sit on a bag of ice to chill during the hot fall Saturdays in Athens. He also has his own room at UGA’s Center for Continuing Education & Hotel. 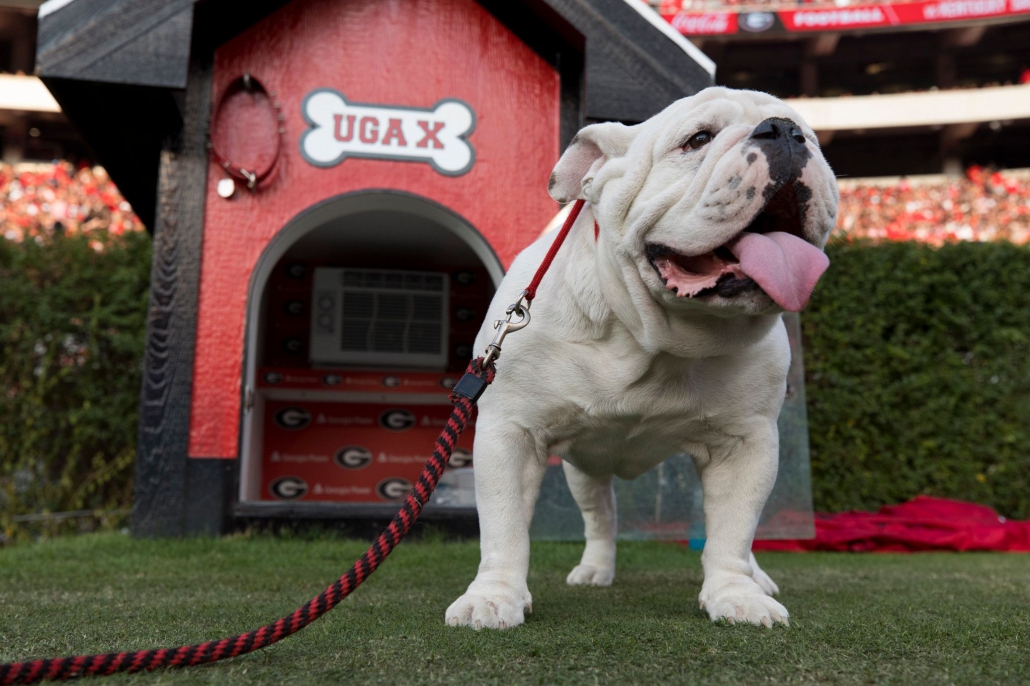 Uga is a model, plain and simple. Oh, and Sports Illustrated also named him the No. 1 mascot in all of college football. Nothing big.

What’s that coming down the tracks? Uga in a Victory Red Suburban provided by Athens Chevrolet! Uga rides to Georgia games in style in an official vehicle that has a custom license plate detailing his name and roman numeral. 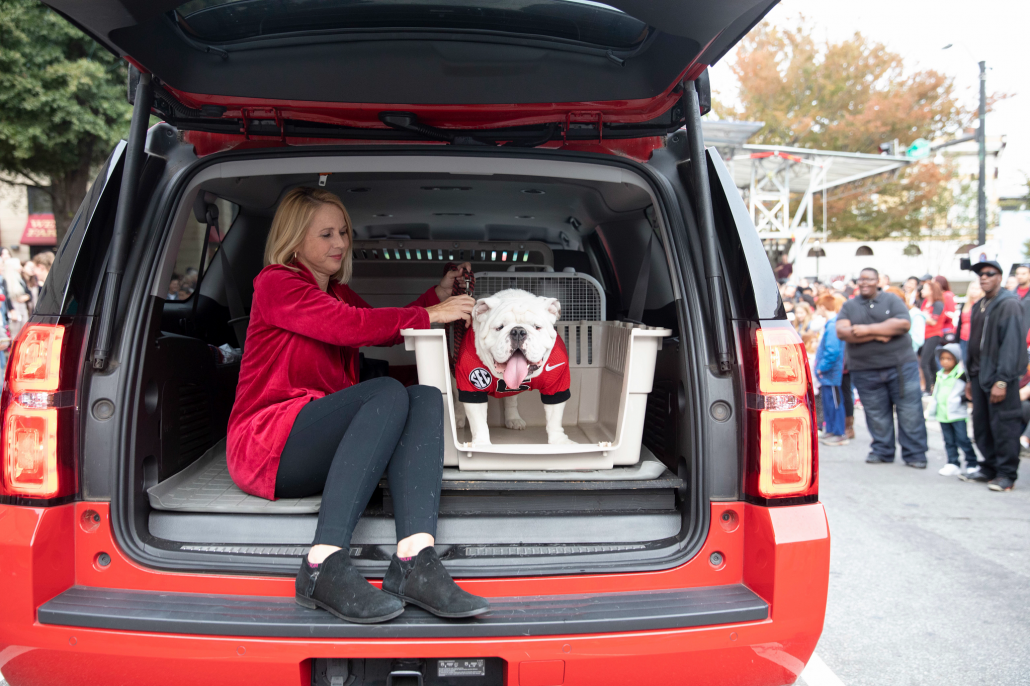 5. He’s taken on a longhorn and survived the day

You might remember the 2019 All-State Sugar Bowl against the University of Texas Longhorns where their mascot, Bevo, charged Uga X and everyone went up in a frenzy. Good thing is that Uga came out unscathed. What other mascot has been targeted by an almost two-ton longhorn and survived?

Petition to get Uga a movie franchise like Beethoven? Uga V made a cameo appearance in the 1997 film “Midnight in the Garden of Good and Evil” and had several scenes with John Cusack’s character walking through Forsyth Park. He had no bad sides, and the camera loved him. 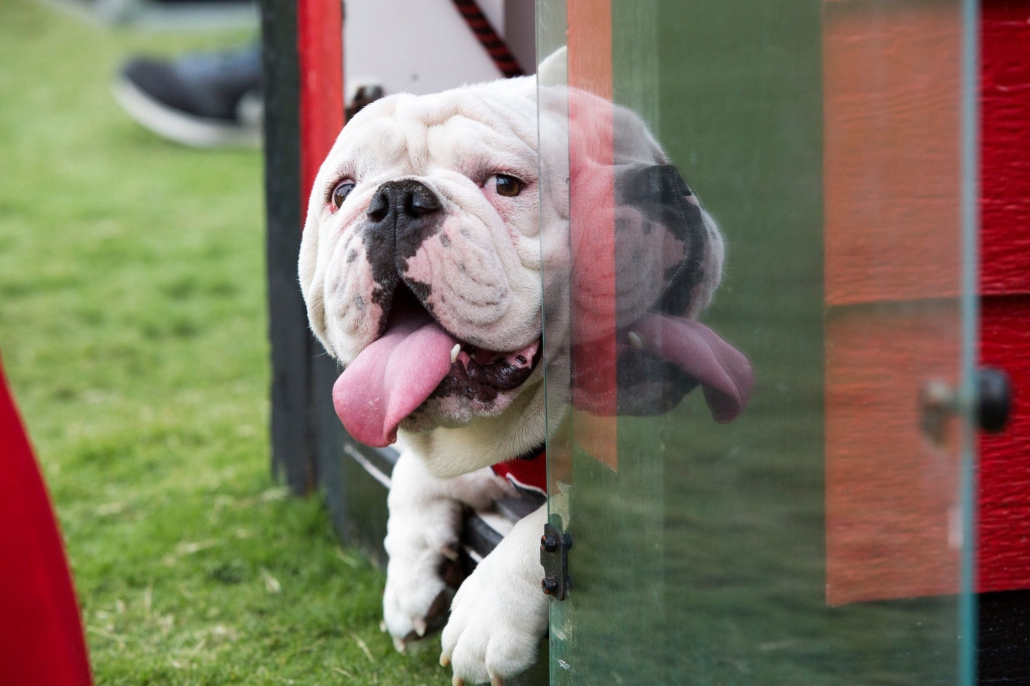 7. He knows how to work hard

The GIF speaks for itself. Good boy.

8. He has the best squad 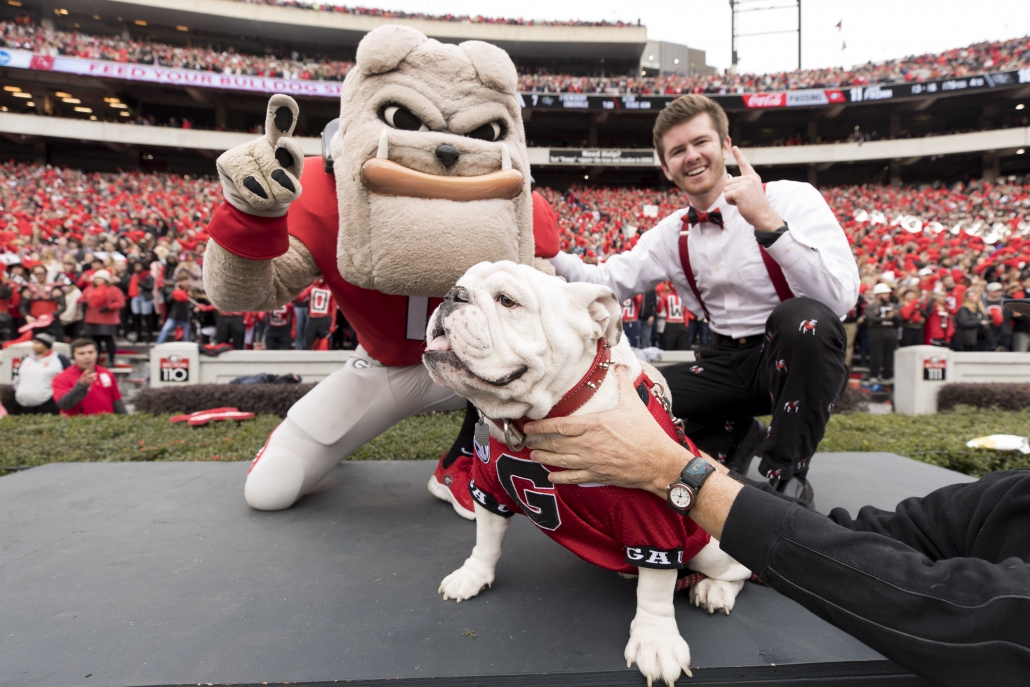