On February 4, the University of Georgia Alumni Association and friends of UGA gathered in Atlanta to celebrate the 100 fastest-growing companies owned or operated by UGA alumni during the eighth annual Bulldog 100 Celebration. 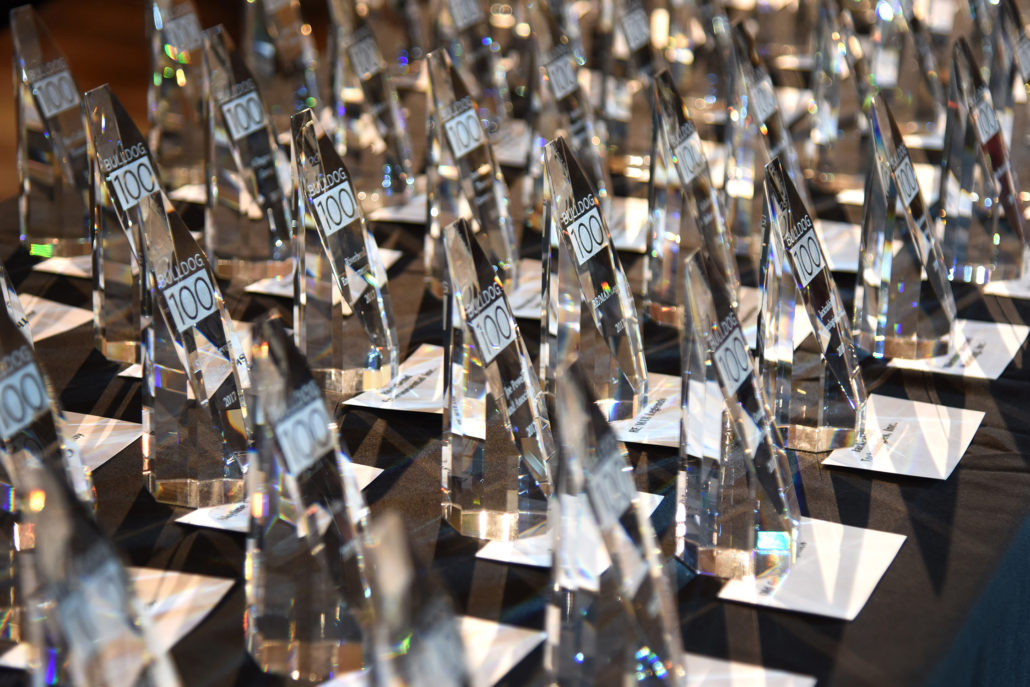 The 2017 fastest-growing business was Chicken Salad Chick, helmed by president and CEO Scott Deviney, who received his degree in economics from UGA’s Terry College of Business in 1995. The company is based in Auburn, Alabama, and was started by a stay-at-home mom and her software salesman husband after selling chicken salad at PTA meetings.

To date, the company operates 62 restaurants and has sold 146 franchises in eight states, selling chicken salad in 15 flavor profiles. In 2016, Chicken Salad Chick landed at No. 37 on Inc. Magazine’s annual list of the 500 fastest-growing companies in the U.S., raking in $9.8 million in 2015, with a growth rate of more than 6,000 percent in the past three years. The company has also been named one of FastCasual.com’s top Movers and Shakers and one of Nation’s Restaurant News’ 2015 Breakout Brands. 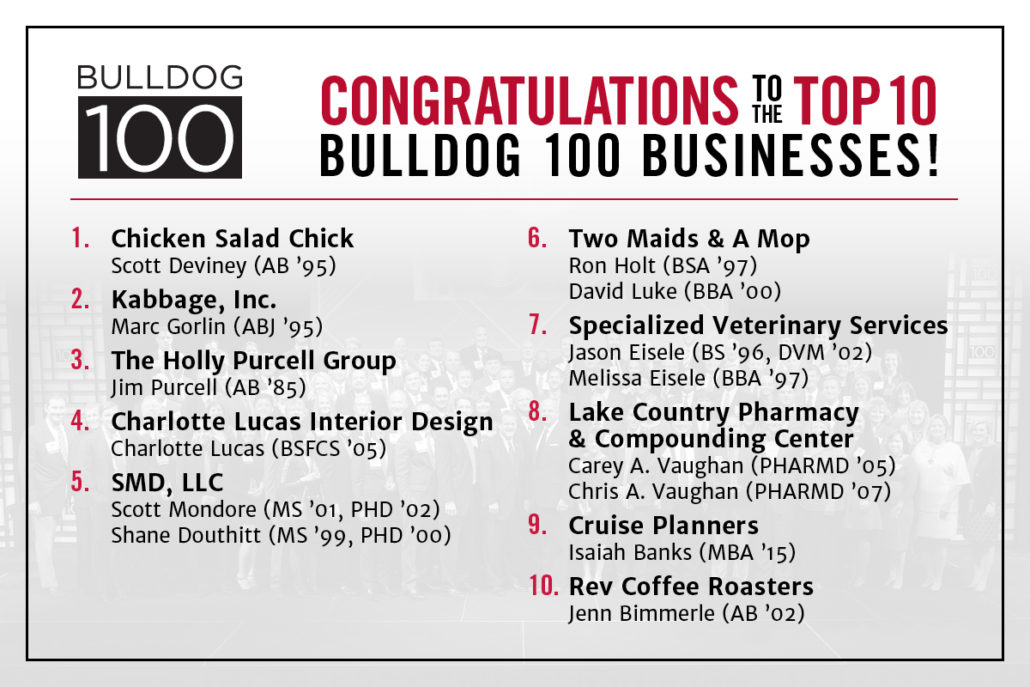 View the complete ranked list of all 100 companies at alumni.uga.edu/b100.

This year’s keynote speech was given by Double Dawg Debbie Storey (AB ’80, MBA ’06), retired executive vice president of mobility customer service at AT&T, author of Don’t Downsize Your Dreams. As Storey wrapped up her remarks, she encouraged all of the evening’s guests to stay connected to the University of Georgia. 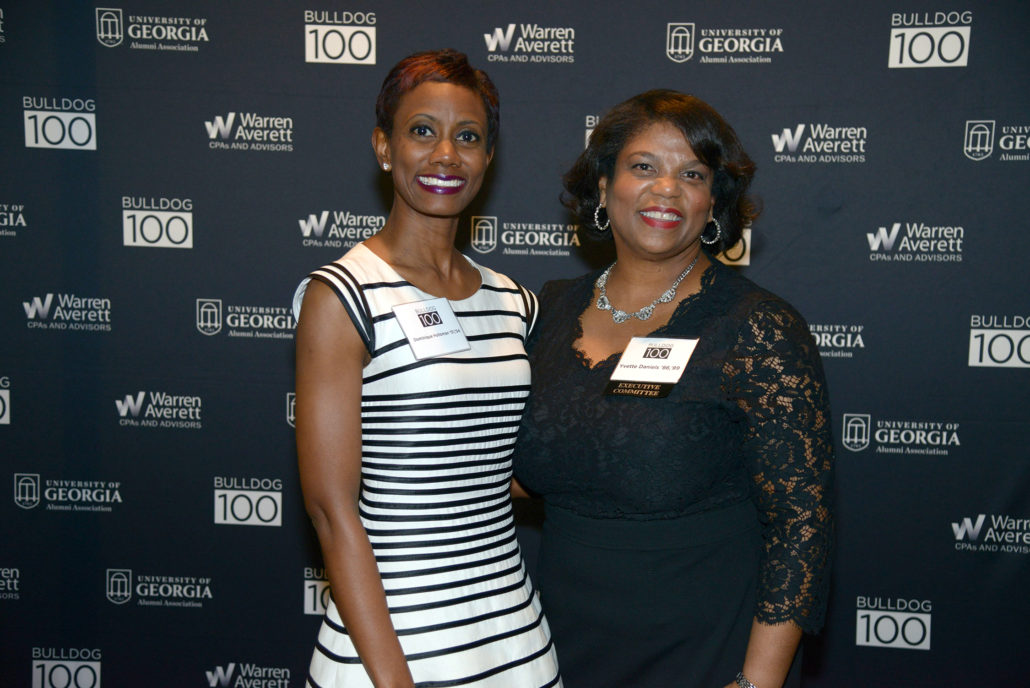 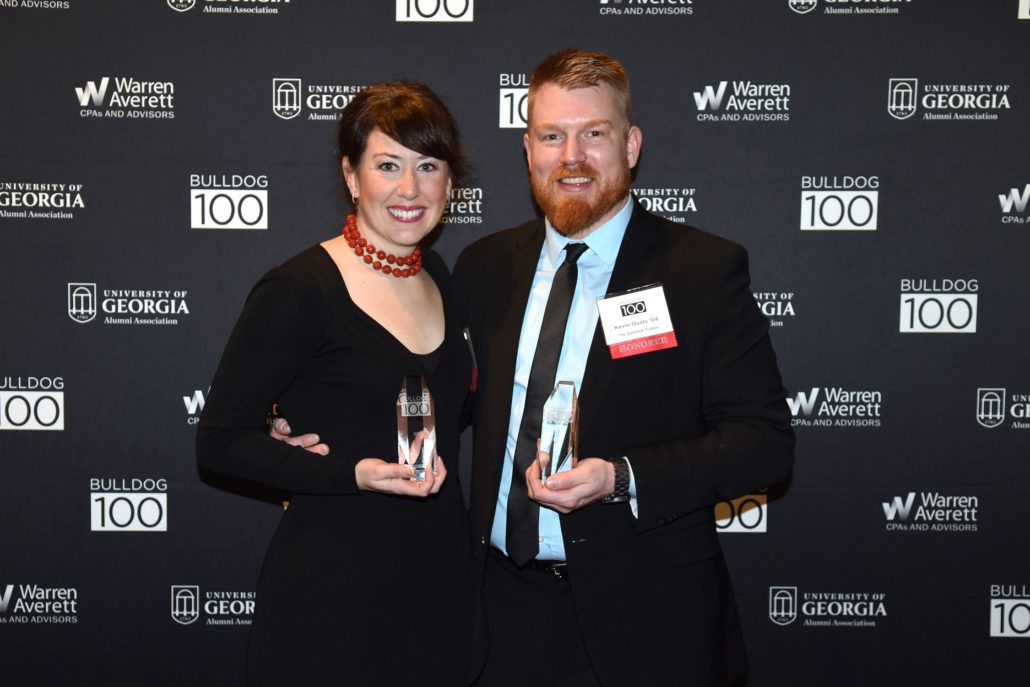 Nominations are now open for the Bulldog 100 Class of 2018. Learn more about the criteria and nominate a business today.

The Illustrator Behind the Commit to Georgia Campaign