Moran, a graduate of the Grady College of Journalism and Mass Communication, boasts a television broadcast career that has put her smiling face on sidelines, red carpets and TV screens for over 30 years. Upon graduation from UGA, Julie moved to Los Angeles—stepping into sports broadcasting with ESPN, NBC Sports and eventually working her way to becoming the first female anchor to join ABC’s Wide World of Sports. Julie transitioned her focus to the world of entertainment, and among her many accomplishments, became anchor and host for Entertainment Tonight, Access Hollywood and most recently Lifetime Network’s The Balancing Act. Her successes are a true testament to years of hard work—and stellar UGA education. 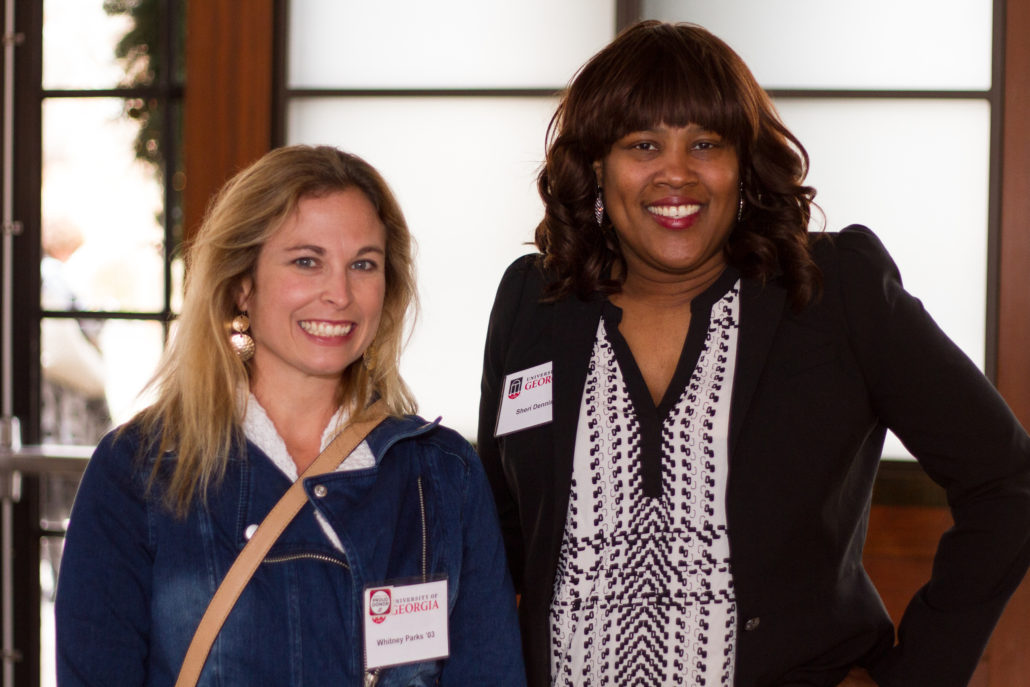 With over 100 alumnae and friends in attendance at Piedmont Park’s Magnolia Hall, guests enjoyed networking and a seated lunch prior to the program. Julie gave an inspirational keynote with the overarching theme that women can have it all, just not all at the same time. She walked the audience through her life and career highlights—from her first day on the job with ESPN to an Oprah interview that altered her perspective on balancing career and family. Moran also spoke about the importance of mentorship and how anchors such as Diane Sawyer have helped her to navigate her career over the years. During this festive time of year, her insight proved to be a valuable message to all in attendance.

A portion of the proceeds from this event went to support the Women of UGA Scholarship Fund, a needs-based scholarship that, once endowed, will be granted to current students by UGA’s Office of Student Financial Aid. Through this event, Women of UGA is even closer to endowing this impactful scholarship.

Check out photos from the event.