The University of Georgia’s newest cohort of Coca-Cola First Generation Scholars was introduced on Wednesday, September 7th, at an on-campus welcome reception in the Miller Learning Center. These 12 first-year students proudly join 37 current Coca-Cola First Generation Scholars who each receive $5,000 annually in scholarship support from The Coca-Cola Foundation. Funding for this scholarship is renewable for up to three additional years, provided that the student maintains a 2.8 GPA during his or her first year of enrollment and a 3.0 GPA in subsequent years. 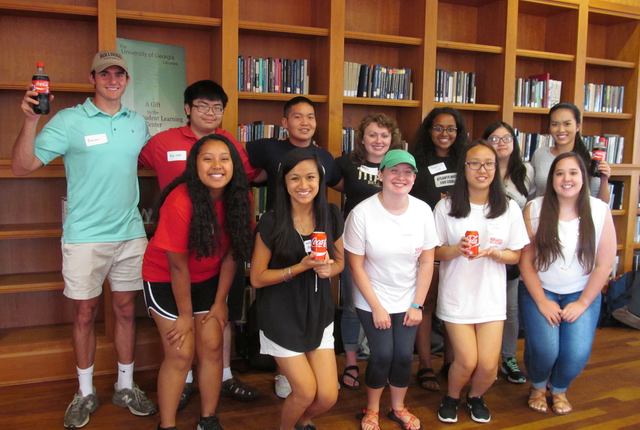 The Coca-Cola Foundation has provided $3 million and funded scholarships for 126 students since its inception at UGA in 2007. The program is housed in the Office of the Vice President for Instruction, and scholarship recipients are selected by the Office of Student Financial Aid and the Office of Undergraduate Admissions. Students selected for this scholarship have already been accepted to UGA and do not apply for the awards.

In addition to providing annual scholarship support to students, the program also connects the newest cohort of scholars with other Coca-Cola First Generation Scholars and to a UGA faculty or staff mentor. A total of 16 mentors are available this year for first-year scholars to choose from as they begin their college career. Many of these mentors were in attendance at the reception on Wednesday evening.

Two Coca-Cola First Generation Scholars, senior marketing major Shanteria Hines (Hinesville, Ga.) and sophomore international affairs major Gina Ford (Loganville, Ga.), provided brief remarks and “words of wisdom” to the newest class of scholars at the event. Ford encouraged students to take advantage of all opportunities and experiences in college, while Hines made a strong case for pushing outside of one’s comfort zone and befriending peers in areas all across campus.

“Being a Coca Cola First Generation Scholar has been a tremendous honor,” said Hines. “I have been able to explore opportunities on campus that I wouldn’t have even known about, like the Student Affairs Academic Advisory Board, thanks to the support and mentorship from this wonderful fellowship. From the fun socials to the informative workshops to an amazing cohort, I can definitely say that being a Coca-Cola First Generation Scholar has been an important and impactful part of my college career.” 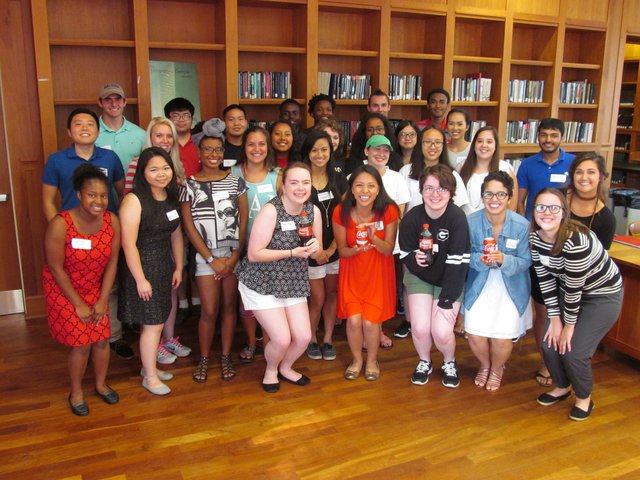 UGA strives to provide a program environment where Coca-Cola First Generation Scholars will experience support and encouragement in college which paves the way for a successful transition into post-graduate career plans. Previous UGA alumni of the Coca-Cola First Generation Scholars program have utilized their collegiate degrees to pursue careers in areas such as software engineering, research, certified public accounting, editing and blogging, and marketing. Alumni Scholars have also pursued post-graduate studies in law, engineering, international affairs, and clinical social work.