Today, alumnus Phillip Sparling (MED ’76, EDD ’79) will be guest-blogging about his experience as an exercise science major at UGA in the 1970s. 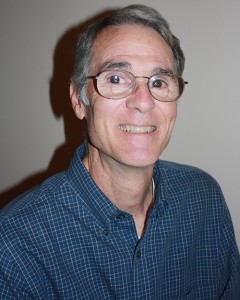 To her dying day, my mother never fully understood what I did for a living.

She knew, of course, that I was a college professor. It was my field of study she was unable to explain to cousins and acquaintances. The questioning looks: what the heck is exercise science? Today, some 20 years after her death, my academic discipline is no longer unknown, although its scope and significance still remain fuzzy to some, on campus and off.

With apologies to Paul Simon, I’m still crazy about exercise science after all these years. With an undergraduate degree in the liberal arts from Duke, I pursued graduate training in exercise physiology at the University of Georgia in the Division of Health, Physical Education, Recreation, and Dance (HPERD) in the mid-1970s. My career spanned the coming of age for exercise science. It wasn’t a straight-forward progression for me or the field. New trails were blazed as a new field took shape.

Relative to the venerable sciences of biology, chemistry and physics, exercise science is one of the newer kids on the block. It has grown from infancy to full maturity within a few short decades and is now one of the most popular majors on campuses nationwide. Similar to the rise of computer science, the development and application of technology have been central to the growth of exercise science. For example, tools and techniques from molecular biology, neuroscience and biomedical engineering are used to answer our research questions.

Questions span the continuum from the effects of complex high-intensity conditioning programs for top athletes to the effects of simply increasing daily walking on quality of life and reduction of chronic disease risk in sedentary adults. Exercise science is the theory-based, evidence led study of human movement. It comprises many emphasis areas, most notably exercise physiology, biomechanics, motor control and exercise psychology. Like the fields of medicine or psychology, exercise science is both broad and deep, with many specialties and subspecialties.

The roots of exercise science in academe can be traced to 1861 when Edward Hitchcock, Jr., M.D. initiated a program of gymnastics and physical training at Amherst College. The aim was to maintain health and relieve the strain associated with “academic courses.” A tenet of the college experience was mens sana in corpore sano (a sound mind in a healthy body). Over the next several decades, the Amherst model was widely replicated across the country and physical education became part of the general education curriculum at most colleges.

Following World War II, the boom in federal research funding and expansion of doctoral programs ushered in a golden age of scientific inquiry. By the 1950s and through the 1960s, a new breed of physical education faculty, led by scientists like Franklin Henry at UC Berkeley, advocated for an increased focus on rigorous research. Their contention was straightforward: physical education faculty should be systematically investigating the effects of exercise to advance the knowledge base, just as colleagues in the life sciences studied the nature of their respective disciplines. This set the course for what would become exercise science.

In the current taxonomy of academic fields, exercise science is a major branch of kinesiology, similar to the relationship of zoology to biology or biochemistry to chemistry. The discipline of kinesiology refers to the study of human movement in the broadest sense. In addition to exercise science (and its many specialties), other prominent branches (majors, tracks) are athletic training, physical education (teacher education), and sports management. The University of Georgia’s Department of Kinesiology is ranked among the best in the country.

Future financial security is not a given though. Kiplinger recently rated exercise science as among the “worst careers”, along with animal science, horticulture and music. This assessment was based solely on projected salaries following graduation. In making a career choice, reconciling passion versus salary is always difficult. Interestingly, some graduate students in exercise science have undergraduate degrees in engineering and business; many were well paid but dissatisfied with the day-to-day grind.

The world in 2015 is designed for sitting – our lives are dominated by cars, chairs, and screens – yet humans are wired to move. The positive impact of daily physical activity on growth and development in children and overall health and well-being in adults is undeniable. An increasingly important challenge is how to translate national guidelines into behavior change (physicalactivityplan.org). How do we better enable children, adults, families and communities to become more physically active?

Preparing professionals for careers in exercise science has never been more relevant or timely. No other aspect of our lifestyle has a more potent impact on our capacity to thrive than exercise. If my mother were alive today, I think she’d agree and understand my fervor as an exercise scientist.

And I trust that many of you – friends and alumni of the University of Georgia, folks from all walks of life – do as well.

Phillip B. Sparling is an alumnus of the University of Georgia, Professor Emeritus at Georgia Tech, and a Fellow of the National Academy of Kinesiology. He presented the 1st Distinguished Alumni Lecture in the Department of Kinesiology in October 2015. This essay is based on a viewpoint he published in the February 2016 issue of JOPERD.

Interview with Kazuya Takahashi (MED ’07), a top 10 finalist of the prestigious...
Scroll to top