This story was originally published by UGA Today on November 6, 2017.

The event will take place at Mahler Hall in the UGA Center for Continuing Education and Hotel. The 6:30 p.m. reception will be followed by dinner at 7:30 p.m.

The Blue Key Honor Society is a national organization whose members are committed to leadership in student life, high scholastic achievement, service to others and citizenship. Established in 1924 at the University of Florida, the organization’s second chapter was established at UGA in 1926.

The award recipients are: 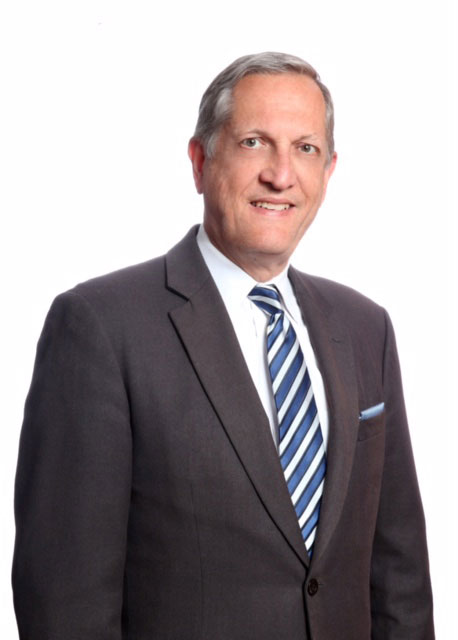 Nuckolls is a partner in the Washington, D.C., office of Dentons US LLP. He previously served as chief counsel and legislative director for U.S. Sens. Herman Talmadge and Sam Nunn. Since leaving Capitol Hill, Nuckolls has served as Washington counsel for the University of Georgia, assisting with federal government relations initiatives and building relationships with Congress and the executive branch.

Nuckolls is a member and past chair of the Society of International Business Fellows and a member of Leadership Georgia. He currently serves on the board of the Georgia Agribusiness Council, the Georgia 4-H Foundation, Wesley Theological Seminary and the Georgia State Society of Washington, D.C. The Association of Public and Land-grant Universities recently presented him its Outstanding Achievement Award for his contributions in counseling the higher education community on federal ethics law.

Nuckolls received his bachelor’s degree in agricultural economics from UGA’s College of Agricultural and Environmental Sciences in 1974 and his Juris Doctor from the UGA School of Law in 1977. An active alumnus, he has served as president of the Law School Association and on the advisory board of the Honors Program. He currently is a member of the Board of Visitors for the School of Public and International Affairs. He is a past recipient of CAES’ Alumni Award of Excellence, the J.W. Fanning Distinguished Professional Award from the college’s agricultural economics department and the Georgia 4-H Green Jacket Award. In 1987, he received the Blue Key Young Alumnus Award. 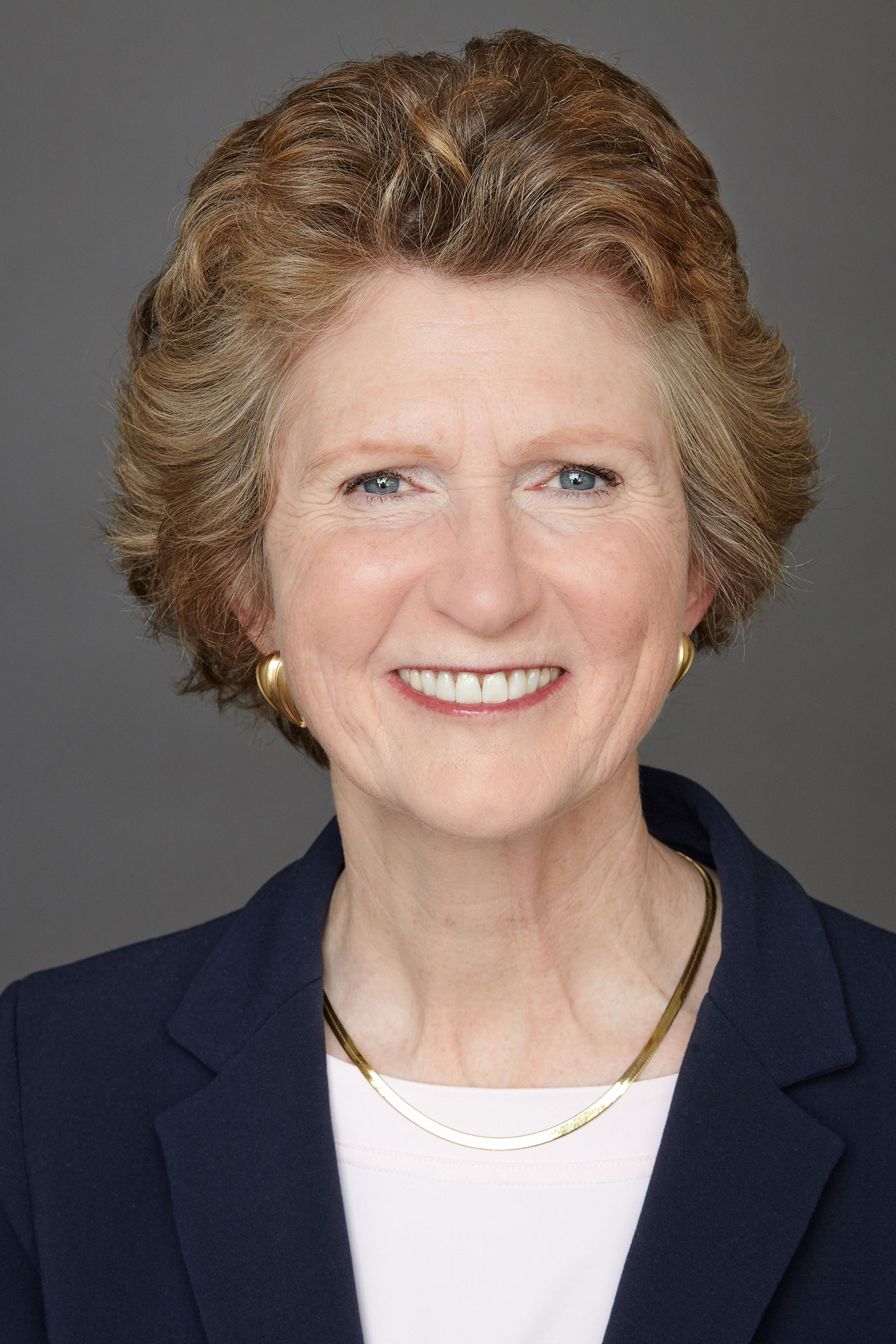 Waltman is the executive vice president for legal, regulatory and professional affairs and general counsel for the Greater New York Hospital Association, which represents the interests of 150 hospitals and health care systems across the New York region. Prior to joining GNYHA in 1987, she was general counsel for the Medical College of Pennsylvania as well as an associate in the Philadelphia office of Drinker Biddle & Reath LLP.

Waltman serves on the boards of the UGA Foundation and the UGA Research Foundation. In addition, she is a committee member for the university’s Commit to Georgia Campaign to raise $1.2 billion.

A volunteer ambassador for UGA in the New York area, Waltman shares her insights about UGA’s commitment to excellence with fellow alumni. She also has served on the advisory boards of the university’s Honors Program and College of Public Health, where she has helped support internships, scholarships and public health outreach. She hosts UGA interns at GNYHA each summer. 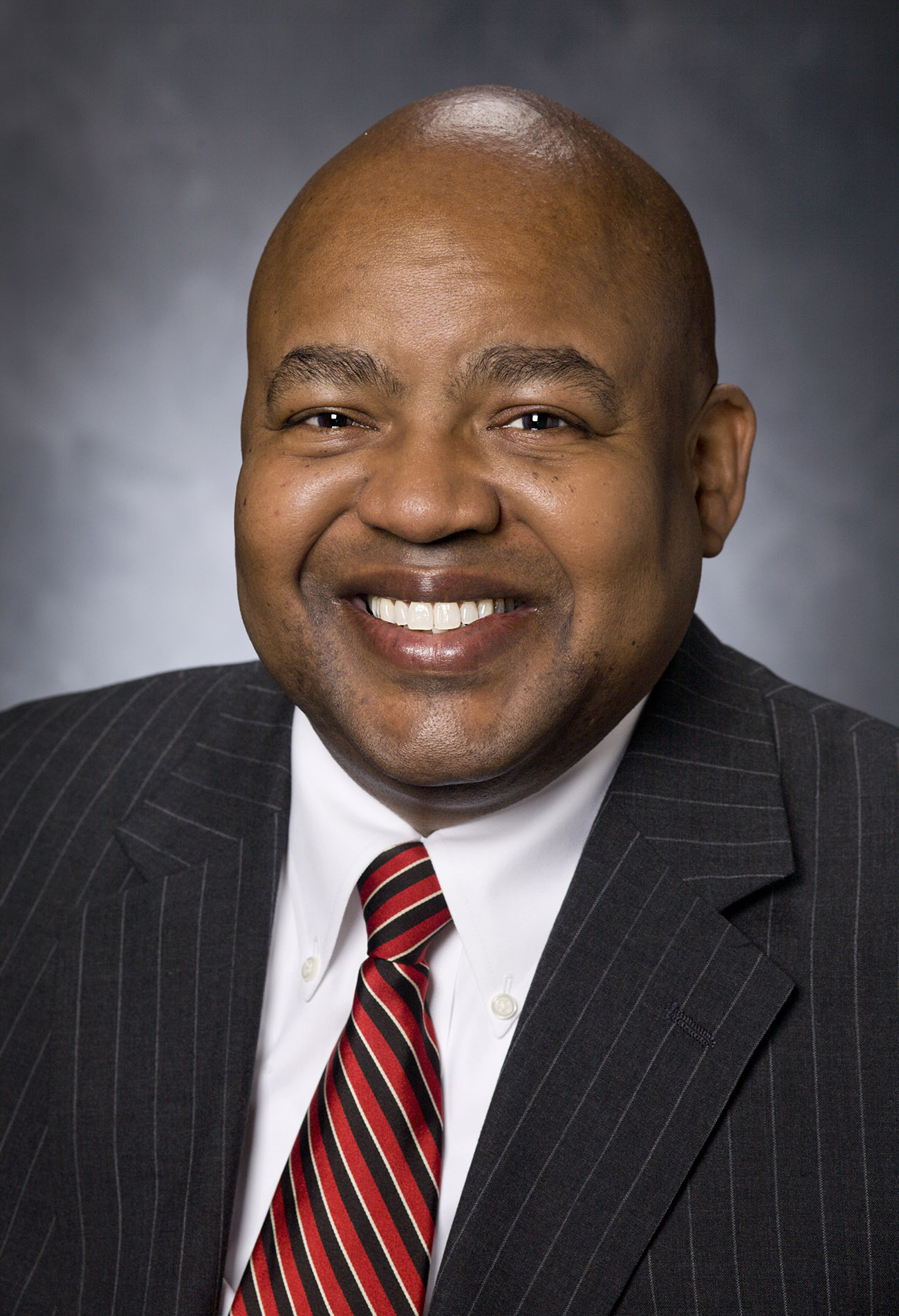 Wilson has written numerous articles and given presentations on issues of race, ethics, crisis management, student life and staff development in higher education. He has held leadership roles in several national organizations, including the Association of Public and Land-grant Universities, the National Orientation Directors Association and Student Affairs Professionals in Higher Education. He also serves on the national board of directors for Sigma Phi Epsilon fraternity and the local board of directors for the St. Mary’s Healthcare System.

Wilson currently oversees a Student Affairs division of 18 departments and more than 600 staff members dedicated to enriching student learning and supporting student development and growth. He currently co-chairs the President’s Task Force on Student Learning and Success, which is charged with identifying opportunities to enhance the educational experience for UGA students, both inside and outside the classroom. Wilson earned his bachelor’s degree in social work and master’s degree in education from the University of Georgia in 1982 and 1987, respectively. 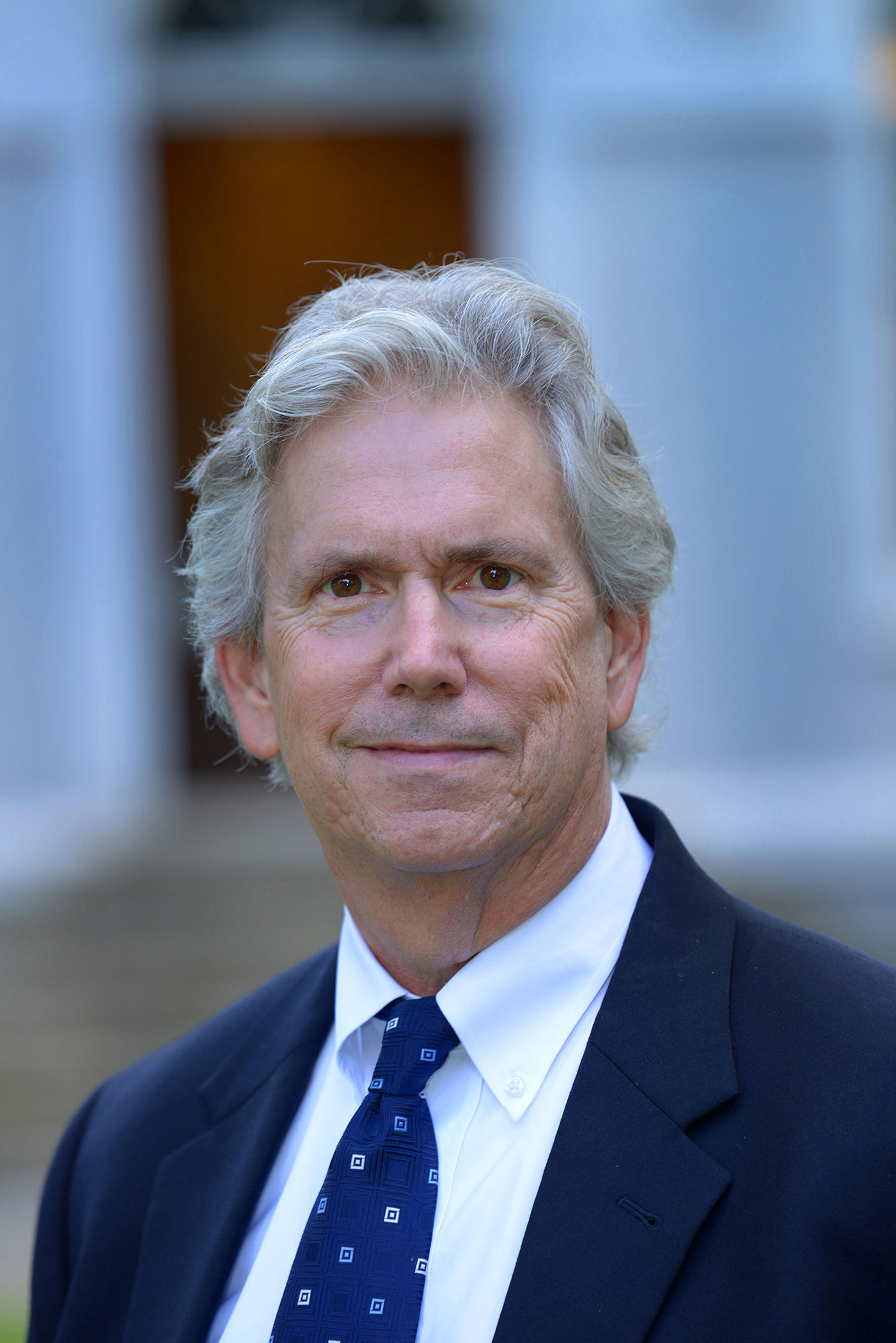 Williams has served since 2004 as associate provost and director of the Honors Program, where he holds the Jere W. Morehead Distinguished Professorship. The first director also to be an alumnus of the UGA Honors Program, Williams earned an undergraduate degree as well as a master’s degree from the University of Georgia in 1979 and 1982, respectively. After receiving his doctorate and teaching at universities in Ohio, he returned to his alma mater as a faculty member in the religion department in 1989. He became department head in 2002.

Williams has published widely in the fields of biblical, Jewish and religious studies, including three books, numerous journal articles and other publications. He has received several awards and honors related to teaching at UGA, including the Richard B. Russell Excellence in Undergraduate Teaching Award, the Sandy Beaver Award for Excellence in Teaching and the Sandy Beaver Teaching Professorship. He also holds the Josiah Meigs Distinguished Teaching Professorship, UGA’s highest honor for teaching excellence.

Williams serves as UGA’s faculty representative for nationally competitive fellowships, such as the Rhodes, Marshall, Goldwater, Truman and Udall scholarships. He also oversees the student Fulbright scholarship process for UGA. Since he began serving in this capacity, nearly 250 students have been selected for these and other prestigious awards. 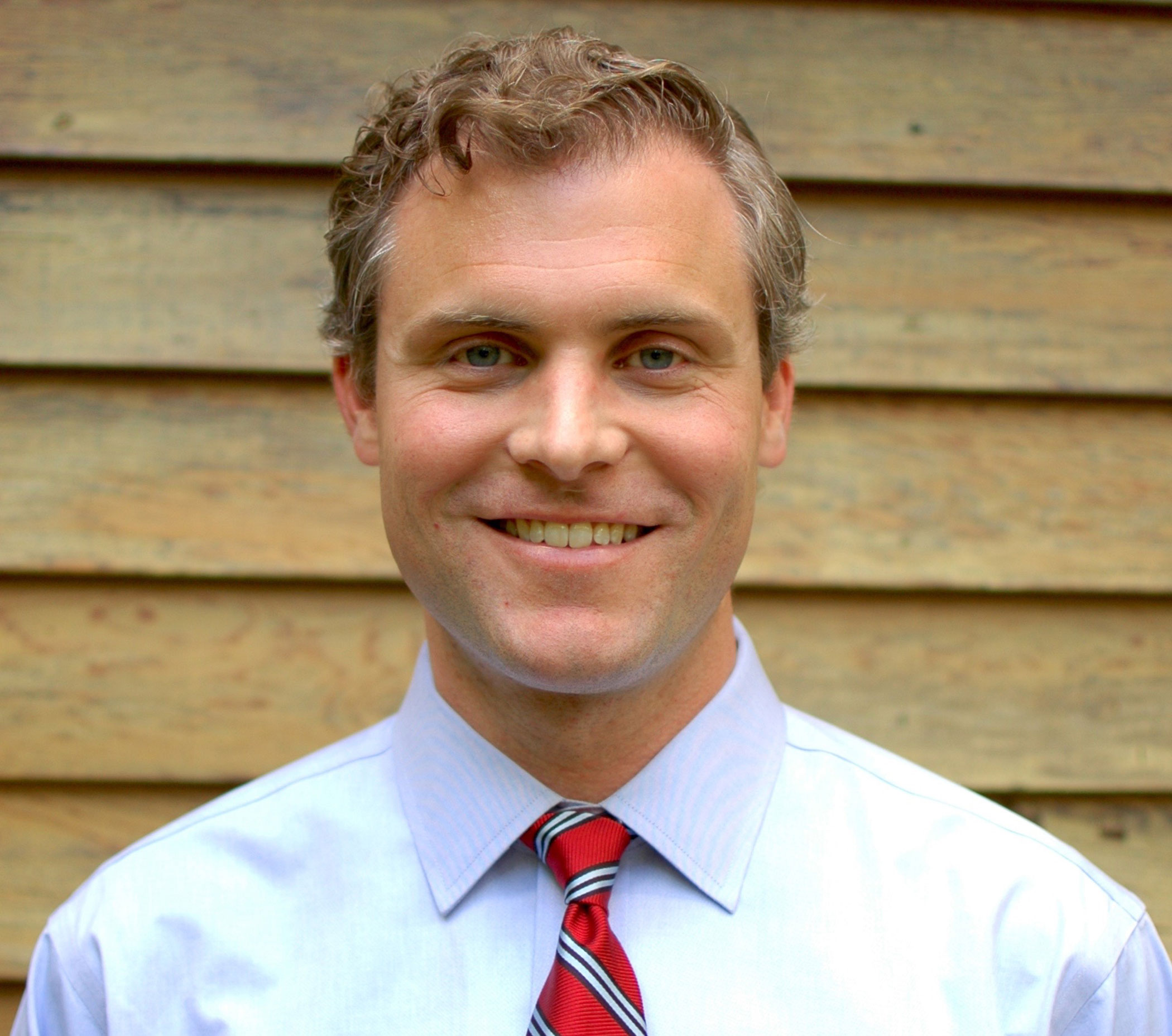 Crim is a cardiologist for the Piedmont Heart Institute and an assistant professor of medicine with the AU/UGA Medical Partnership. In addition to his clinical practice and teaching responsibilities, he is engaged with the development of health policy through research and administrative activities at the local and national levels, with a focus on value-based payment reforms and patient outcomes.

He used the Truman Scholarship to pursue his interest in health policy. Through the support of the Marshall Scholarship, he completed a master’s degree in health policy, planning and financing offered jointly by the London School of Hygiene and Tropical Medicine and the London School of Economics and Political Science, as well as a master’s degree in medical ethics and law from King’s College London.

He earned his medical degree from Johns Hopkins University School of Medicine in 2011 and completed internal medicine residency training at Johns Hopkins Hospital followed by a cardiovascular disease fellowship at Emory University.